Tommi Williams has a heart and soul for R&B and pop music, and a voice that stuns the listener. Audiences are immediately attracted to her touching and powerful vocals and it’s no wonder she brings down the house in every performance. Tommi’s original music is soulful and true to human emotion with a profound ability to captivate a variety of ages. Tommi has performed on national television and been featured on programs such as Good Morning America, the Maury Show, the Tony Danza Show, and Live at the Apollo. She has performed for audiences of thousands at live events, and she is back with a fresh, new look and heartfelt sound. 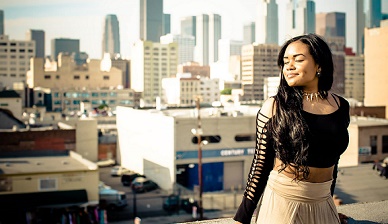