Titanfall is a first-person shooter multiplayer video game developed by Respawn Entertainment and published by Electronic Arts as an exclusive for Microsoft Windows, Xbox 360, and Xbox One. The game was officially announced as Respawn’s debut game at Microsoft’s E3 2013 press conference, and was released on March 11, 2014. In Titanfall, players fight on a war-torn planet in six-on-six online 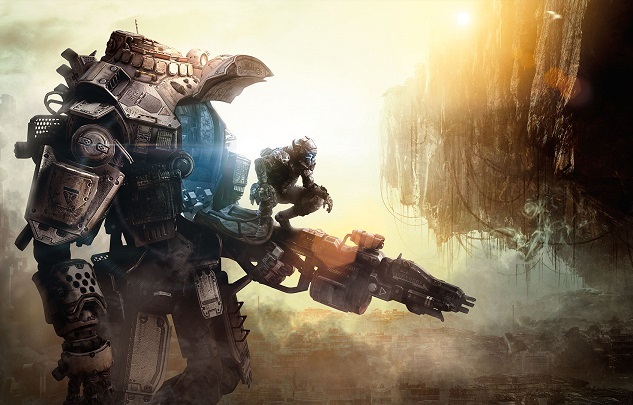 multiplayer-only matches as mech-style Titans and their pilots. The game’s action is fast-paced: when assuming control of pilots, players can run along walls and link jumps together parkour-style; after deploying and entering their Titans, players are equipped with more destructive armaments and special protective shields. The game won over 60 awards at its E3 2013 reveal, including a record-breaking six E3 Critics Awards, and Best of Show from several media outlets. It also won official awards at Gamescom and the Tokyo Game Show. Many reviewers predicted Titanfall to be the next step for the first-person shooter genre, and IGN’s Ryan McCaffrey declared the game “Microsoft’s killer app”. Upon release, the game received positive reviews from critics, many of whom praised the game for its balanced game design. Wikipedia®.

When your character completes all available challenges and reaches level 50, it’s possible to take advantage of the “Regeneration” option. You will then start over, but you generate experience at a faster rate and receive a special chip next to your username. It’s possible to regenerate a total of nine times, which allows you to achieve a maximum of Generation 10 (all players start at Generation 1). The experience awards are as follows.

If you clear the appropriate campaigns, you can unlock two additional chassis, as indicated below.

As you advance levels, you’ll unlock the corresponding content, as indicated below.