The multi-faceted singer/rapper/songwriter, Tink grew up in Calumet City a south suburb outside of Chicago, Illinois. Starting her musical attributes at the age of seven, the young artists’ musical influences were from both her parents– her mother being a gospel singer and father being a music producer. Tink started singing in the Church and from there her father encouraged her to write. Attending the same high-school as Chicago’s nBa star Derrick rose at simeon High, Tink eagerly began to explore other facets of the music game and discovered she could do more than just sing, but rap as well. she started to take rap more seriously and has been going strong for four years now. 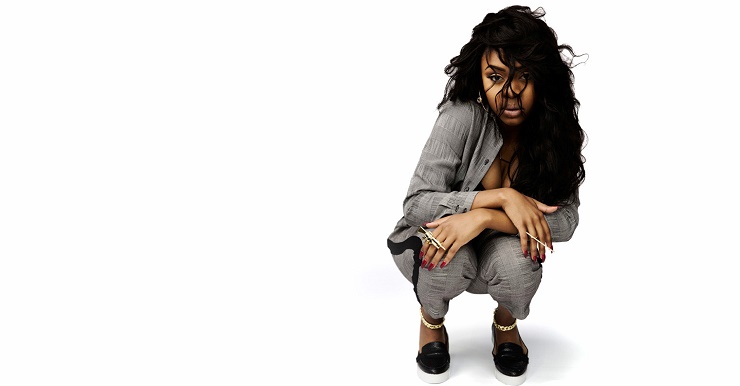 The 21 year-old released her first R&B mixtape in March of 2012 entitled ‘Winters Diary,’. After dropping her R&B mixtape, the young entertainer decided to focus on her rapping. tink’s second mix-tape titled “alter Ego” dropped July 2012. Videos of tink can be found on Youtube, the most recent video release titled “Kardashian.” Tink has garnered more buzz on a major scale after her freestyle over a Chief Keef beat and posted it on his twitter. after retweeting the freestyle, the industry within Chicago started to pick up on tink’s music. gracing the cover of redeye, Chicago tribune, Fakeshoredrive. com, TheMash.com and many others, tink is off to a head start in more ways than one.

Tink takes us for a smooth ride through her mind, delivering soulfulness and ear-soothing punches along the way. With production by Chicago’s own, C-Sick, “I Like” puts us in the mindset of a “classic” Tink record. Sweet, Raw, and Unforgiving…

Tink: I Like Lyrics:
When you come tonight, squeeze me tight
Hold me close, kiss my cheek, caress my soul
Take good care, stroke my hair, make me blush
Go so deep that my mind is fucked
You know it’s been some time since I’ve tried guys this young
Not too many of ’em are honest
But he holds it down, stands his ground, play his move
Doesn’t rush to get into my body

So come tonight, run the lights, say your close
Fuck these hoes, I want your time
Tees and sweats, hair’s a mess, Netflix’s on
Still your eyes glued to mine
You understand me, and it’s all I need