Australian Born, L.A.-based singer Tiaan and her sound can only be described as sexy. Blame her intimate, intense and hypnotic music or perhaps it’s the slow, sparse R&B beats, the deep, deep bass or the subject matter of some of her songs: passion-fueled affairs and the all-encompassing emotions they evoke. Mostly though, the steamy atmosphere derives from the Sydney-born singer’s sensuous vocals, infused with longing and delivering lyrics like secrets being shared. On her captivating, debut EP, to be released in April on Swedish super producer Arnthor Birgisson’s Aristotracks label, TIAAN takes the adventurous spirit of Timbaland-era Aaliyah, the classy soul of Sade, and the futuristic feel of Jessie Ware, and blends them in to a beguiling hybrid of seductive pop. On Dive Deep, she details an obsessive love in a dream-like state, drawing the listener in with carefully-crafted, alliterative lyrics and a distinctive, hypnotic phrasing that reveals her innate understanding of melody. The late-night set, Walking On Water, is a spine-tingling ode to sexual attraction, a between-the-sheets, trip hop groove that is as hauntingly beautiful as it is erotic. Be Ok, meanwhile, is a gorgeous, guitar-accompanied, dubstep-inflected rallying cry to the lost and lonely, a shimmering survival anthem for the electronic era. The daughter of Chicago-born bassist Doug Williams and a music-mad mother who played her Santana, Sade and Ruby Turner, TIAAN started singing on car journeys with her dad and, by her early teens, had been bitten by the performing bug. At school, she was always asked to sing – the first time, she wore a shiny, multi-coloured wig of her mother’s and performed an Ashanti number.

She jumped straight from school in to her dad’s band, spending six years touring Australia and abroad, learning to write, and discovering the effect her voice has on an audience. “I couldn’t have had a better teacher than my father,” says TIAAN. “He’s been around so many great musicians. Ray Charles taught him how to play left-handed swing bass. He opened for Stevie Wonder, Ike & Tina Turner, James Brown and Smokey Robinson. Touring with him was wonderful, but I had to branch out on my own.” 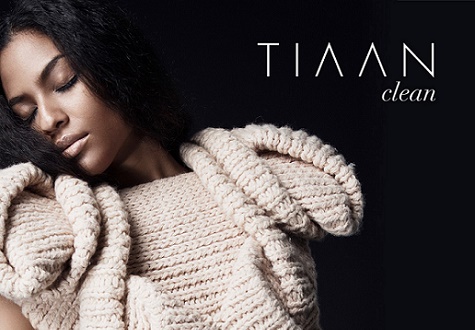