Three Kings High have been bubbling under the surface for the last couple of years, releasing tracks here and there and taking their live set to as many towns and cities across the UK as possible. Now, however, they release their first full length feature “HAIL”. At 12 tracks deep it is proof that the Kings are able to deliver more than just singles and EP’s, and this is a true reflection of the sound that fans have been hearing at their shows. Included in the record is “Nothing Left To Lose”, originally released in September 2014, this track garnered radio play and rave reviews, and the Kings have now included an extended album version this time around. Also included are live show favourites such as “Frienemy” and “Blood Is Blue”, which bring the high tempo, Sleaze-Rock to the album, whilst “Excuses, Excuses” and “All The Best” show their maturity and diversity in song writing, allowing a change of pace whilst keeping up the vibe of the record. 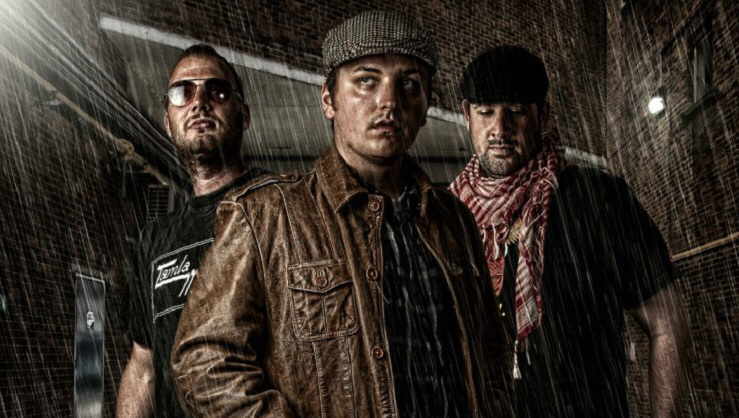 Three Kings High are an amalgamation of Bristol’s diverse influences with big riff heavy guitars, anthemic choruses and indie sensibilities. Through this record, the Kings have made every effort to translate their live shows into a studio recording, ensuring the energy and impact is immediately felt. It is this live sound that has allowed the Kings to play Punk nights in London, as well as Soul venues in Newcastle, and have the crowds become fans of a band outside their normal comfort zone.

Hailing from Bristol, riff heavy, indie-rock band Three Kings High, combine powerful melodies with intelligent delivery to make an original and exciting sound, with some hip hop posturing thrown in for good measure. Inspired and influenced by Bristol’s diverse musical culture, the Kings are putting their own stamp on the city and are showcasing this fresh new sound around the country, leaving a tidal wave of energy behind them wherever they go…