The legendary Viceroys return with a new single, “Love Is Stronger Than Hate”. The new 7” will be released on the “Med.Tone Records” label in January 25, 2014. It is Israeli/Jamaican collaboration with lyrics written by Wesley Tinglin from the Viceroys over an original riddim by “Zvuloon Dub System”. The song was produced by Asaf and Ilan Smilan and backed by Israeli roots reggae band “Zvuloon Dub System”. On the flip side you’ll find a heavy dub version from Zvuloon Dub System, mixed live on desk by the Smilan brothers.

The Viceroys
Since their debut recording for producer Clement “Coxsone” Dodd in the middle of the rocksteady era in 1967, The Viceroys remain one of Jamaica’s leading vocal groups. The group was formed in Kingston, Jamaica by Wesley Tinglin, along with Daniel Bernard and Bunny Gayle, and after auditioning unsuccessfully for Duke Reid, the trio made their debut recording for producer Clement “Coxsone” Dodd in in 1967. The group recorded several singles for Dodd’s Studio One label, including “Ya Ho”, “Fat Fish”, and “Love & Unity”. They went on to record for several other producers in the late 1960s and 1970s, including Derrick Morgan, Winston Riley (who produced their hit “Mission Impossible”), Lee “Scratch” Perry (including “Babylon Deh Pon Fire”, which was credited to Truth Fact & Correct), Lloyd Daley, and Pete Weston. They also returned to record at Studio One in the late 1970s. The band’s first album release was the Phil Pratt-produced Consider Yourself (1978), originally credited to their alias The Interns and later released as Ya Ho, credited to The Viceroys. They had a big hit in Jamaica in 1980 with the Sly & Robbie-produced “Heart Made of Stone”. Their first album released as the Viceroys was the Linval Thompson production We Must Unite, released in 1982 by Trojan. Records, and featuring the Roots Radics. Thompson also produced their 1983 album Brethren and Sistren, and in 1984 they moved on to work again with Winston Riley on the Chancery Lane album. After a period of inactivity, Tinglin revived the group with Ingram and new member Michael Gabbidon, and they recorded a new album in 2006, a live recording from Earl “Chinna” Smith’s yard in French label Makasound’s Inna de Yard series.

The Viceroys – Love Is Stronger Than Hate

Zvuloon Dub System is an 8 piece band consisting of the cream of Israeli underground musicians. Adopting their name from one of the twelve tribes of Israel, the band was formed in 2006 by the Smilan brothers. In creative solidarity with some of the pivotal producers of reggae such as Lee Perry and King Tubby, the band is keen on creating not just their own music but their own sound. All their tracks are produced, recorded and mixed in the band’s analog studio, representing a continuation of a rich cultural heritage. Their debut album “Freedom Time” released on April 2012 on vinyl, CD, and digital format by the band’s independent label, Med.Tone Records. “Freedom Time” is composed of 9 original songs as well as a groovy reggae rendition of the Jimi Hendrix cut ‘Voodoo Chile’ illustrating the culturally synesthestic aim of the group. Internationally prolific Jamaican reggae artist Ranking Joe also contributes on some cuts. While the album has a laid back and soulful vibe to it, the live performances reveal the more energetic side of the band illustrating the edge developed during years of live performing. The band not only achieved great success in the reggae scene, but also amongst many music lovers from other genres. In 2013 the band released ‘Weed Out’, a 12″ single featuring new songs from international reggae stars Cornel Campbell and Ranking Joe. The band has backed some of the top reggae singers visiting Israel such as the lead singer of Israel Vibration, Apple Gabriel, Jamaican singer Echo Minott and UK DJ Brother Culture. They have opened the show for international reggae artists Don Carlos, Barrington Levy, Alpha Blondy and Groundation

The Viceroys – Love Is Stronger Than Hate Lyrics: 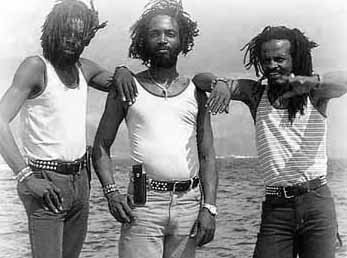