The Surge is a science fiction action role-playing game video game developed by Deck13 Interactive, and published by Focus Home Interactive. Deck13 Interactive described the game as “Rise of the Robots and Souls-style, super-challenging third-person melee combat, but through the lens of a sci-fi setting”. The game is scheduled for release in May 2017, for Microsoft Windows, PlayStation 4, and Xbox One. The Surge is designed in the challenging role-playing game style of the Souls series of games. The gameplay involves players using an exoskeleton to battle enemies. The exoskeleton can be customized through the game using “modular upgrades”, according to the developer. The combat allows players to target different body parts of enemies, as well as utilize finishing moves often ending in dismemberment in bullet time fashion. The game takes place in a dystopian future where mankind has exhausted the world’s resources, leading to strained social service and environmental diseases. According to the developers, the game paints a grim portrait of the future where the evolution of technology in relation to society and the environment has led to a decadent era for humanity. Wikipedia®. 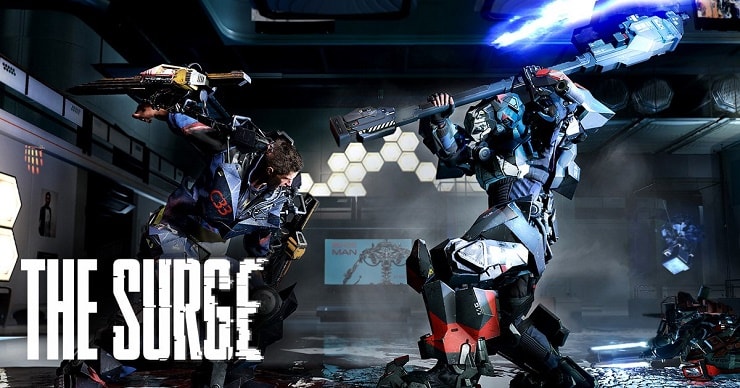 The Surge is an action RPG set in a world ravaged by war and global warming. The game offers a hardcore experience, with a focus on challenging, visceral melee combat. It features fresh fighting, looting and crafting mechanics, alongside a unique character progression system. Fitted with your exo-suit and cybernetic implants, harness super-human strength to survive the CREO complex, a mega-corporation that set out to save the world. Enhance your exo-suit with near-endless combinations of armor and weapons, each with their own move sets as you slice your way through steel and flesh to loot, craft, and improve your rig. Salvage weapons and modular armour, by using the dynamic targeting system to attack and dismember limbs individually. From lighting rigs to heavy lifters, security armor to advanced, secretive technology – mix and match equipment to suit your playstyle and overcome the adversarial and environmental challenges that plague the malfunctioning complex. Take on huge, industrial bosses in a complex gone mad and discover the truth about CREO.