The Set-Up is a 1949 American film noir boxing drama directed by Robert Wise and featuring Robert Ryan and Audrey Totter. The screenplay was adapted by Art Cohn from a 1928 poem written by Joseph Moncure March. The film is about the boxing underworld.Wikipedia®

Plot: As shown by the clock face that opens and closes the film, The Set-Up takes place within a compact 72 minutes, with the action played out in “real time.” Robert Ryan plays Bill “Stoker” Thompson, a washed-up boxer who refuses to give up his career despite the pleas of his wife Julie (Audrey Totter). There’s little chance that he’s going to win this evening’s bout; still, Stoker’s manager Tiny (George Tobias) has secretly made a deal with a crooked gambler (Alan Baxter). Stoker is to take a dive, a fact withheld from him until the fight is well under way. His last vestige of pride is aroused in the ring, but the story doesn’t end there. The fight sequence is one of the most brutal ever filmed, with close ups of Ryan’s pummeled face intercut with shots of screaming spectators in the throes of bloodlust. Adapted by Art Cohn from a narrative poem by Joseph Moncure March, The Set-Up is arguably Robert Ryan’s finest starring film. 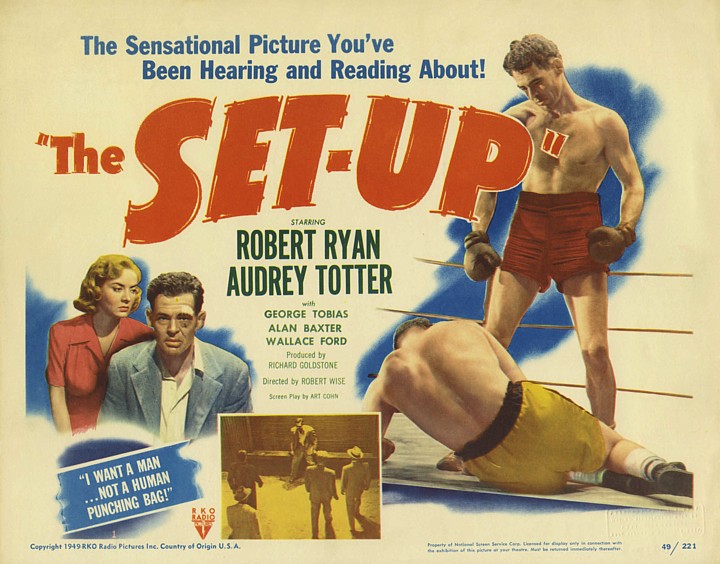