The Royal Marines Commando Trainer. 1941 and the German War machine is ravaging Europe. The British intelligence obtains classified documents detailing the development of a new type of German “U boat” submarine. This technology will give the Nazis worldwide naval supremacy and a great advantage over the allies. The Royal Marines Commandos are sent into action. Lead the British commandos on intense missions in France, Africa, Scotland and Norway. Experience astonishing graphics, dynamic lighting, breathtaking effects and outstanding AI. Battle the Axis armies using realistic weapons originally used by both British and German soldiers. WWII, 1941. As a result of a marine blockade Great Britain is on the verge of catastrophe, and Germany is about to begin tests of a new type of submarine that can end the war faster than anyone ever suspected. Winston Churchill personally orders commandoes to obtain information on the location of the new U-Boot and instructs them to destroy it. The player takes on the role of a select British commando from the British Royal Marines. During their mission they fight in France, on a Norwegian island of Vågsøy, and in the African desert mines. Their tasks include stealing out documentation, freeing prisoners captured by the Gestapo, destroying tanks, or capturing fortified enemy positions. 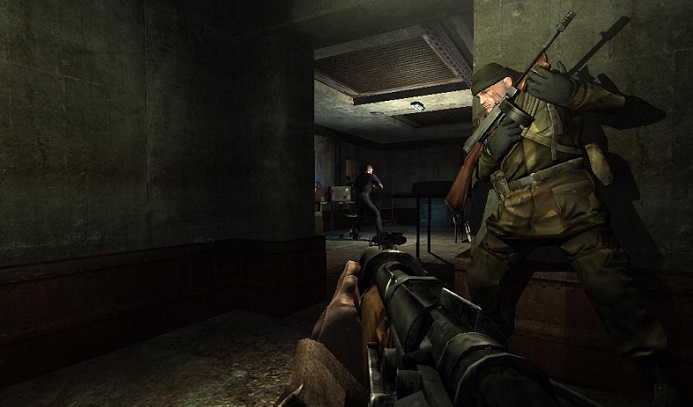