Based in Australia, London and Los Angeles, The Red Paintings are a five-piece group (guitar, violin, cello, bass and drums) whose sound evokes everything from child-like lullabies of the future, to tearing, biting, alternative-rock numbers. Their appeal reaches baroque-pop steam-punks, metal-heads, indie-rock fanatics, and beyond. They incorporate multimedia performance art and seek submissions from local painters who join the band on stage and reflect the energy on canvas and human body canvases in real time. The band’s conceptual stage show combines sound and visuals to create an experience that stimulates the senses and minds of the audience. 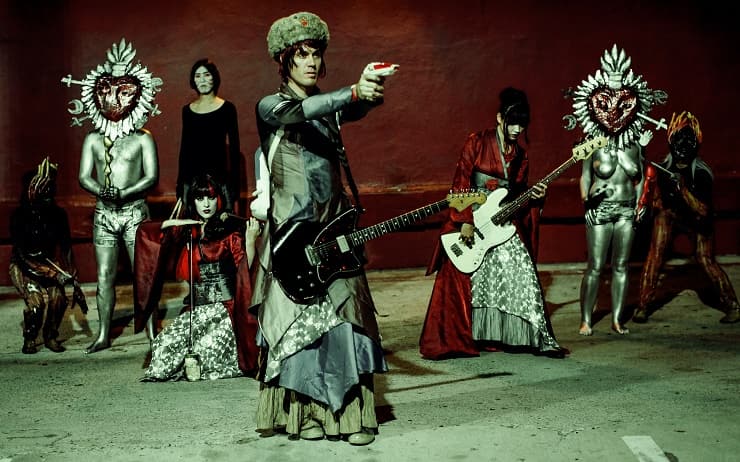 The Red Paintings‘ critically acclaimed debut album propelled the band around the world an impressive three times as a headlining act. Following their success the highly anticipated release of their second record is evident through the band’s successful crowdfunding campaign labelled by PledgeMusic’s co-founder Jayce Varden as “one of the most innovative conceptual pledge campaigns ever”. The new album features a fierce rhythm section, grandiose orchestral arrangements and powerful choral accompaniments all recorded in world-class studios around the globe including EastWest Studios Hollywood. With the same angst and social consciousness reminiscent of the first album, the ambitious follow up record takes The Red Paintings to another level of composition, artistry and grit worthy of another hat-trick worldwide tour. “They just don’t make albums like this anymore” – Assistance Studio Manager (EastWest Studios)