The Preatures are a rock and roll band from Sydney, Australia. Led by Isabella Manfredi and Gideon Bensen on vocals, Jack Moffitt (lead guitar), Tom Champion (bass) and Luke Davison (drums), The Preatures formed in early 2010 after Jack, Tom and Isabella met Gideon at The Lansdowne Hotel in Sydney. Luke Davison joined the band on drums later that year. Their EP “Shaking Hands” was released in October 2012 through Mercury Records, with lead single Take A Card soaring being one of the most played local tracks on Australian radio in 2012. With their new single Is This How You Feel? The Preatures have taken things to a new level.

‘Two Tone Melody’ follows on from ‘Better Than It Ever Could Be’ earlier this year and presents a softer side to the four-piece kicking the upbeat grooves to the side and replacing it with a smooth melody and quiet vocals to create a very sweet ballad that the band just own. It’s no secret that THE PREATURES have a very good talent for constructing tracks and ‘Two Tone Melody’ shows their careful song construction in all it’s glory. 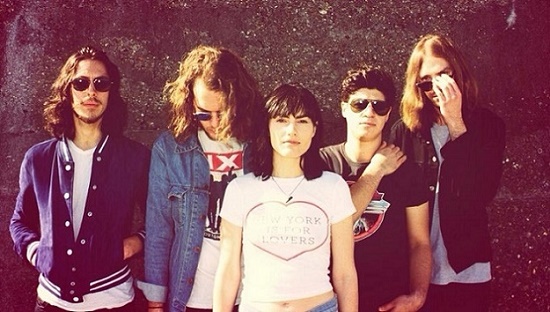