Brisbane two-piece The Phoncurves are getting quite the name for themselves. After supporting some of the country’s biggest acts in Josh Pyke, Thelma Plum, Patrick James, ASTA, Paper Kites and more, the band are proud to announce the release of their brand new single “Heartstrings”. Heartstrings is the first single from the girl’s second EP, which will be released early 2014. The girls best explain “Heartstrings” in their own words: “Heartstrings for us is about the head vs. heart conundrum. I wrote heartstrings because I felt like I needed a song to remind myself to get out of my own head and remember to just enjoy and surrender myself to the moment. Life can be messy and sometimes sweep you up and carry you off to the least expected places but you just have to take it as it comes, not take it too seriously and find your happy place.“ The girls recorded their as-yet untitled second EP themselves and thoroughly enjoyed the process. They tipped standard recording practices on their head by changing the standard order of recording; doing vocals first and drums and bass last. This allowed them to use harmonies as an instrument themselves and build the song in layers from vocals up, creating a sound that is uniquely Phoncurves.
The Phoncurves – Heartstrings

Taking influences from indie pop, electro and soul, The Phoncurves are certainly starting to scratch out a niche and with this new single and EP, will continue to grow; not just locally but across the country. With mesmerising harmonies and a live performance that stops audiences dead in their tracks, Naomi and Abbie as The Phoncurves embody everything great about Australian music at the moment. They capture audiences with their performances and make them fans with their songs. 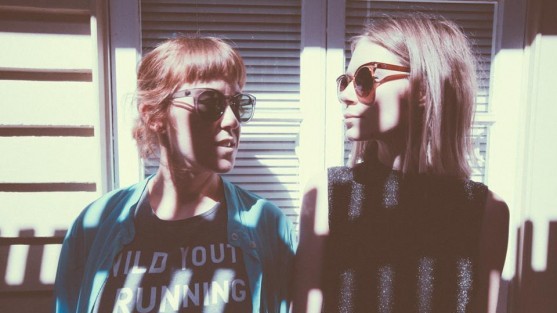