The New Division, an electronic band based out of Southern California, was founded in 2008 by John Glenn Kunkel (writer/vocalist). What began as a college bedroom project in Riverside, CA was eventually met with critical success in the winter 2011 debut E.P., “The Rookie.” A few months later, the first full length record entitled “Shadows,” was declared “album of the year” by several renowned music tastemakers and garnered the band an international following. “Night Escape,” which was released as the second E.P. in 2012, shifted gears with the project’s song craft. Sonically, it featured a more developed and refined dance oriented sound encompassing lush expansive instrumentation and brighter tonalities. An appearance by the Greek Balearic outfit Keep Shelly in Athens, and the unprecedented success of the second single “Kids” paved a new vantage point for the act. 2014 marks the beginning of a new era. The sophomore LP “Together We Shine” is the culmination of 2 years of hard work and utter chaos. What was initially to be the follow up to 2011’s “Shadows” was completely discarded, and a new vision infused with trance, progressive house and an array of other electronic dance genres was appropriated in the project’s signature sound. One year into production, John’s hard drive was completely shredded and all of his back up files were error ridden— he was back to square one. Frustrated, dejected and in the midst of abandoning the album, he decided to give the writing process one more try. This collection of 11 tracks, featuring appearances by Dave Keuning (The Killers) on Smile, Starflyer 59 on Honest, and Sarah (Keep Shelly in Athens) on England, is the realization of that endeavor.

The New Division – Opium Lyrics:
The secrets that you’ve always told me
I’ve put them all behind through getting high
The secrets that I never should’ve known
Are running through my veins into my soul 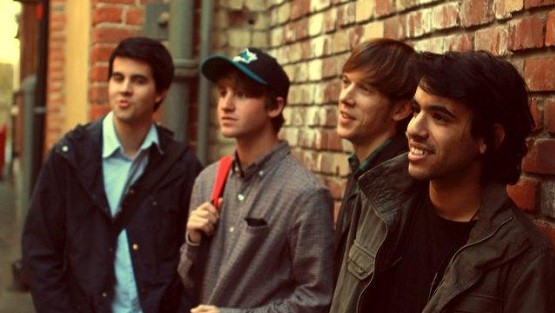