Skip to content
Home » Music » The Molochs: I Wanna Say To You

The Molochs have announced their new album ‘Flowers In The Spring’ is due out September 7th this year via Innovative Leisure. They have also shared the first single to be taken from it ‘I Wanna Say To You’ at The Line Of Best Fit where they were described as “somewhere between Pavement and The Stone Roses”. Speaking about the track, The Molochs explained, “The song lies somewhere between the Beatles’ “Rain” and Psychic TV with some paisley New Zealand tinges. The words “there’s something I wanna say to you” are very liberating. They scream out. It could mean addressing someone else or addressing yourself. Sometimes you have to shake someone and yell a bit. Sometimes you have to shake yourself and yell a bit. It’s good to call yourself out from time to time.” 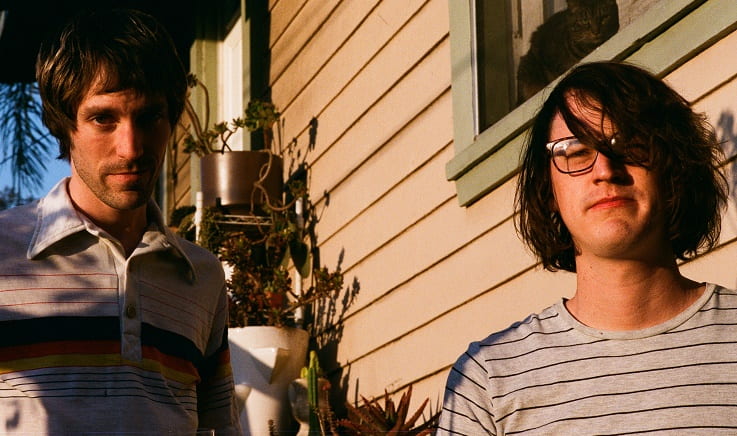 The Molochs’ America’s Velvet Glory was the earliest burst of light and energy to hit in 2017, an album of electrified rock ‘n’ roll like Dylan and Lou Reed by a band named after the Ginsberg-ian glutton god who demanded the sacrifice of all things good and pure. In 2018 Moloch himself is fatter and happier than ever, so the Molochs couldn’t just make another record. After Glory showed the world who they were, they needed to make an album that showed what they could do. So ‘Flowers In The Spring’ is where the Molochs worked harder, thought harder and fought harder to be the kind of band that the times demand.

The Molochs: I Wanna Say To You

“I like to think the world just needs some good solid songs out there,” founder Lucas Fitzsimons says. “It’s simple. It’s not easy … but it’s simple.” As on Glory, inspiration from Syd Barrett, Dylan, Nikki Sudden and kindred spirit Peter Perrett of the Only Ones was at work, but the Molochs are endlessly ravenous when it comes to things to read and listen to and learn from. On Flowers they refine and recombine their sound, working in that long tradition of poets who cover themselves in pop songs. “I Wanna Say To You”, their first single, draws from some of Creation Records’ dreamiest dreamers than it does from any esoteric 60s howlers. ‘Flowers In The Spring’ will be released on the LA indie label Innovative Leisure on 6 September 2018.

The Molochs: I Wanna Say To You Lyrics: