The Majority Says are a six piece indie pop band from Sweden, formed in the small town Linköping 2010. The musical uniqueness of the band arises from the combination of Hanna’s special voice with both melancholic lyrics, intelligent instrumental hooks, captivating vocal arrangements as well as the rounding of a great production. On Valentine’s Day 2012 they released their debut EP, ”Best Night Ever”. The song ”114″ was featured in a TV campaign for Viasat Film broadcast in Scandinavia and Eastern Europe. Their songs have been used in American Tv series, such as Pretty Little Liars and The Real L Word. The American clothing brand Houghton NYC also used the song ”Kings of the night” in a campaign for their spring collection 2013. During these past years TMS have been spending a lot of time working in the studio (Kingside), deep in the Swedish forest. At the same time they’ve been touring in Scandinavia and Europe, particularly Germany. Latest shows were at Berlin Festival and Reeperbahn Festival. In Mars 2013 they performed at SXSW Music Festival (south by south west) in Austin, Texas. In 2012 they played at Bergenfest (Norway), Peace & Love (Sweden) and Berlin Music Week (Germany). Within a near future The Majority Says will release a new EP, ”Between love and simple friends” and thereafter an album which they are working on for the moment. 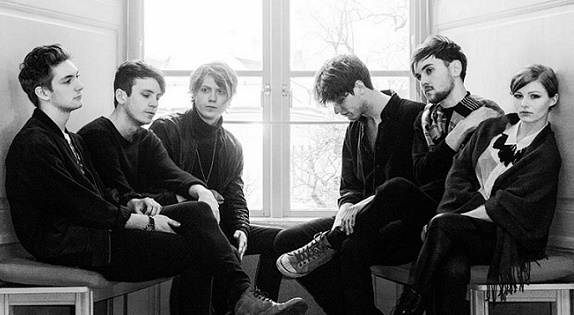