The Little Kicks are a 4 piece band based in Scotland who have a reputation for their own distinctive brand of heartfelt electronic indie rock music. The band have a new record set for release in early 2017 which they can’t wait to let the world hear. The band’s last album, “Put Your Love In Front Of Me” (released in late 2013) was part funded by Creative Scotland and met with critical acclaim both in the UK and further afield in Europe. Several album tracks including the lead single “Girl” and it’s B-side (“a cover of Fleetwood Mac’s “Dreams”) have enjoyed national radio airplay on BBC 6 Music, BBC Radio 1, Radio Scotland and XFM. Following the album’s release the band completed three successful headline tours of the UK & Europe to a great response and also toured as main support for Public Service Broadcasting and We Were Promised Jetpacks in the UK. The band and their music is connecting with more and more people and the future is shaping up to be bright for The Little Kicks. 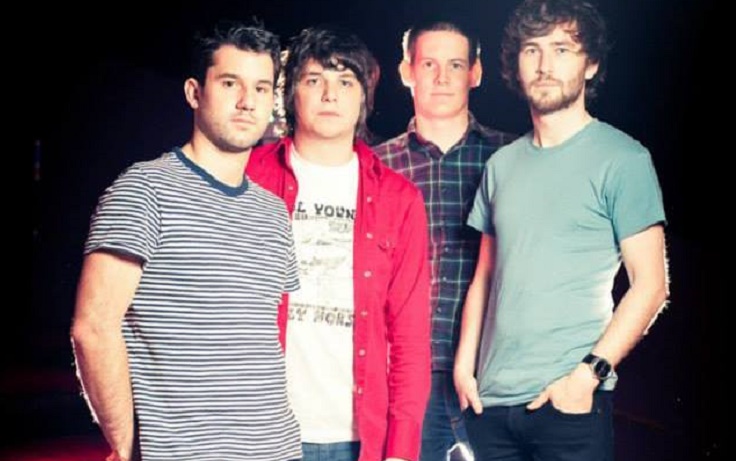 A quick scroll back through the band’s website home page (bookmark www.thelittlekicks.co.uk) is the best way to keep up with what the band have been up to and what’s coming up! Along the way you will find press articles, radio sessions, DJ Mixes, details of tours & shows, interviews and more! Previously to “Put Your Love In Front Of Me”, the band’s debut album “Boxing Clever” was released in June 2009 and the bands second album release “The Little Kicks” was released on the 28th November 2011. Both releases received great critical acclaim in the UK music press and also found an audience further afield by being featured on several European and American blog and online radio sites. The NME have said the band “produce a nice line in brittle funk alongside pocket epics they should be proud of” and IsThisMusic magazine have awarded each of the bands albums 4****/ 5 upon release. In the printed press The Scotsman named The Little Kicks as a “Band of the Year” and Q Magazine named the band as one of “Ten Scottish Bands You Maybe Haven’t Heard Of But Should”. The band have also previously been nominated as a finalist in the Best Live Act category in the Scottish Alternative Music Awards (Sama’s).

As well as touring in the UK and playing in Europe and Japan the band has enjoyed sharing stages with the likes of Foals, The Vaccines, Frightened Rabbit, Twilight Sad, Twin Atlantic, Maximo Park, Mystery Jets, Errors, Kooks, Editors, Wild Nothing, Maccabees and many more. The band has also performed at many of Scotland’s major music festivals including T In The Park, Belladrum, Insider, Brew At The Bog, Electric Fields, Solus, Kelburn Garden Party, Insider and many more. Aside from live band duties the band also DJ and previously ran their own club-night (“The Dirty Hearts Club – DHC”) which was a legendary night in its own right and ran for nearly 7 years as a weekly event. With a previous guest DJ list of Liquid Liquid, Optimo, MSTRKRFT, Holy Ghost, Juan Maclean, Hot Chip and Franz Ferdinand the night was a great success. It now runs as a special one off occasional event and recently celebrated with a one off to mark it’s 10th Birthday. Outside of the club-night the band has DJed at T in the Park festival headlining the Friday’s late night after-party field to crowds of 1000+ to a great response and supported 2ManyDJs, Todd Terje, Daniel Avery, Calvin Harris, Zane Lowe and Aeroplane among others along the way!

The Little Kicks: You and Someone Like Me (Official Video)

The Little Kicks: You and Someone Like Me Lyrics: