The fin. are a group comprised of Yuto Uchino (vocals and synths), Ryosuke Odagaki (guitar), and Kaoru Nakazawa (drums / bass). To date, they’ve performed to thousands of rapturous fans worldwide at major festivals including Fuji Rock, SXSW and The Great Escape. In 2015, they released their debut UK EP Night Time through Lost In The Manor. Last year’s Through The Deep EP was a cleverly refined follow-up and it prefaced their decision to move to London that autumn. Their tenure here has seen them develop themselves artistically through collaborations writing, recording, and touring with a wealth of British artists and producers like Brad Spence, All We Are, Circa Waves, Last Shadow Puppets, Petite Noir and many more. 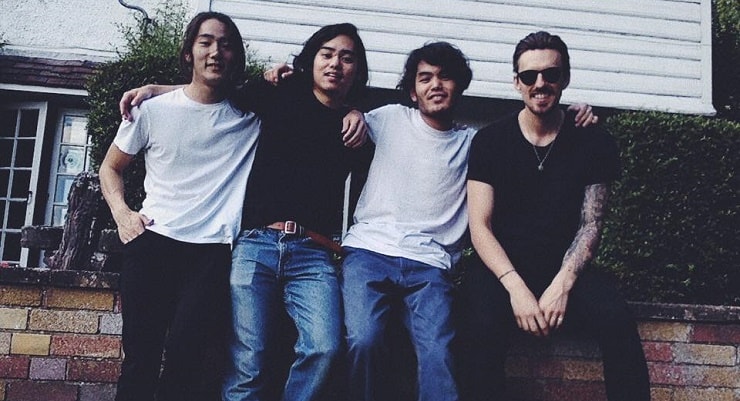 Praise has built quickly around the group and they’ve achieved over two million Spotify plays for their stylish Europhile blend of synth-pop, chillwave and dream-pop, complete with English lyrics addressing universal themes of everyday uncertainties. The Pale Blue/Afterglow vinyl will be released on September 6th and they support MEW in Tokyo this September before their UK tour in October supporting KOYO.

The fin.: Heat (It covers everything)

“This song is about energy which is around every where or inside you and states that it conflicts each other in many ways. There’s another version in Through the Deep EP. It’s more like a short dream and thoughts that goes away soon. But this new version is repetitive and it has a big world and reality in it.” The fin.’s latest single ‘Heat (It Covers Everything)’ feels like the dream residue of a summer that even the great British rain couldn’t quash. Soft rippling textures and synth arpeggios cloak the song in a blanket of melodic warmth while Yuto Uchino’s vocal line is soft and fantastical. Straddling the line between a pop hit and a fan’s favourite deep cut, it’s a psychedelic ode to the energy within and without everyone and everything. Bradley Spence’s production lends it a subtle slickness comparable to Kevin Parker’s recent work. An abridged version can be found on their brilliant Through The Deep EP, but this new version extends the songs runtime to include a brilliant hip hop flavoured outro. Following on from recent singles ‘Afterglow’ and ‘Pale Blue’, ‘Heat (It Covers Everything)’ is exactly the sort of lysergic pop romp that The fin. have mastered en route to being one of the most exciting and invigorating psych groups in the capital.

The fin.: Heat (It covers everything) Lyrics: