A five-piece band isn’t something you’d expect to be linked to drum and bass label Med School, but The Erised’s elegant electronica adds yet another string to Med School’s experimental and boundary-pushing bow. A unique collective from Ukraine, The Erised includes drum & bass producers Detail and Hidden Element, instrumentalists derived from jazz, rock and pop backgrounds and dancer turned singer/songwriter Sonya, together making an unstoppable combination. 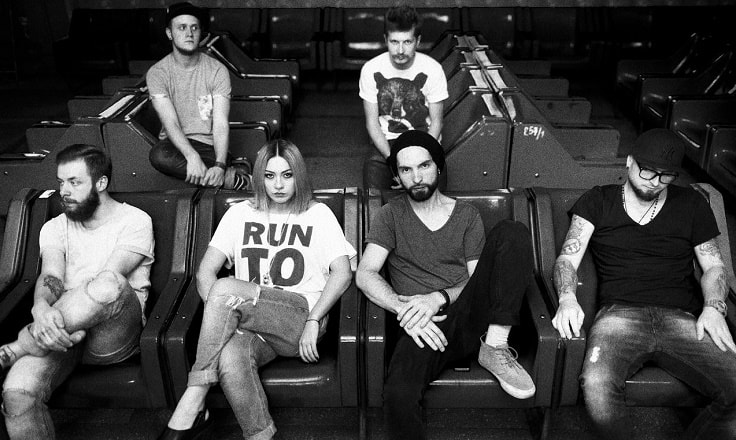 The band’s impressive debut release, the “Desire” EP, included the supremely popular “Pray” and “It’s Over“, which helped establish a core following amongst music fans across Europe and beyond. Playing live with a full five-piece band, The Erised’s performances are haunting and hypnotic, a perfect compliment to Med School’s eclectic selection of DJs. Fast forward one year and The Erised are set to unveil their debut album, ‘Room 414’, a mature, impassioned creation that explores the band’s vast emotional landscape.

Sonya’s voice is more absorbing than ever before, delicately crafting tales of sorrow and heartbreak before seducing the listener with her trademark, mesmerising choruses. The Erised’s moody instrumental textures capture a fine balance between tragic and euphoric, fire and water, spring and autumn. No track is the same, as every minute passes, a different part of the story is told. ‘Room 414’ is a landmark moment for both the band and the label, as all involved take a step into the unknown with this truly magnificent album.