The Dwarves is an fantasy tactical role-playing video game. It features music composed by Benny Oschmann. In the game, players must find their way through various maze-like, medieval environments while battling a variety of monsters using a wide array of weapons. It is based on the novel The Dwarves, by Markus Heitz. The Dwarves is a story-based tactical RPG currently under development by King City Games. It was recently Kickstarter funded with a release expected sometime mid 2016. The Alpha and Beta versions will be exclusively available on PC for supporters of the game. More information can be found on their Kickstarter page. 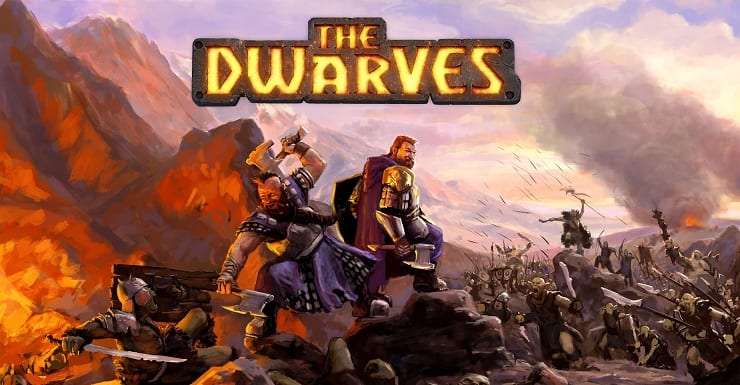 There are 15 playable characters, each with their own abilities and unique appearance. Players start out as Tungdil, a dwarf who was raised among humans and gained his knowledge of the five Dwarven Kingdoms primarily from books. He sets out on a grand journey across “Girdlegard” – a conglomeration of kingdoms that’s now more dangerous than ever. Players will travel across the game world on a world map that is alive with allied armies, enemy hordes, and NPCs, such as travelling salesmen. When they meet allies or merchants they can talk to them, buy things, and maybe receive a quest. There are also random events and encounters that can occur anywhere in the world. Sometimes it’s just minor things, sometimes these encounters call for tough decisions and might have far-reaching consequences. There are a few hundred waypoints on the map player can use for travel. There will be frequent switches from the world map to a more detailed view, where they can explore important locations and solve hidden puzzles.