The Bureau: XCOM Declassified (formerly XCOM) is a video game in the X-COM series, developed by 2K Marin and released by 2K Games for Microsoft Windows, PlayStation 3 and Xbox 360 on August 20th, 2013 in North America. XCOM, in development since 2006, was unveiled as a first-person shooter in June 2010 and since then it has been repeatedly delayed and changed. In April 2013, the game was rebranded as The Bureau: XCOM Declassified. Set in the United States in 1962, the game tells the story of special agent William Carter, working for the US “Bureau of Strategic Emergency Command”, tasked with investigating and stopping an extraterrestrial incursion on American soil. According to PC World, the game is “less Starship Troopers, more X-Files” than the classic X-COM series. It was announced that part of the game will explore the struggles of a scientist named Dr. Weir, who is persecuted for both his homosexuality and his political views. Furthermore, the game will explore other cultural tensions of the 1960s. The Bureau is a third-person shooter with an emphasis on squad-based tactics. The player controls William Carter and commands two additional agents in each mission. Carter has his own unique abilities, but other agents are divided into the Commando, Engineer, Support, and Recon classes. By entering “Battle Focus Mode”, which slows time significantly, the player can order their agents to move to strategic positions and activate class-specific abilities. Agents have customizable outfits, weapons, equipment, and abilities. As in other XCOM games, soldiers will suffer from permanent death. If Carter is unable to revive agents who have taken too much damage, they will die. Variable difficulty levels also determine whether or not it is possible for downed agents to become battle-ready when revived, or if replacement agents will appear during a mission. Wikipedia®. 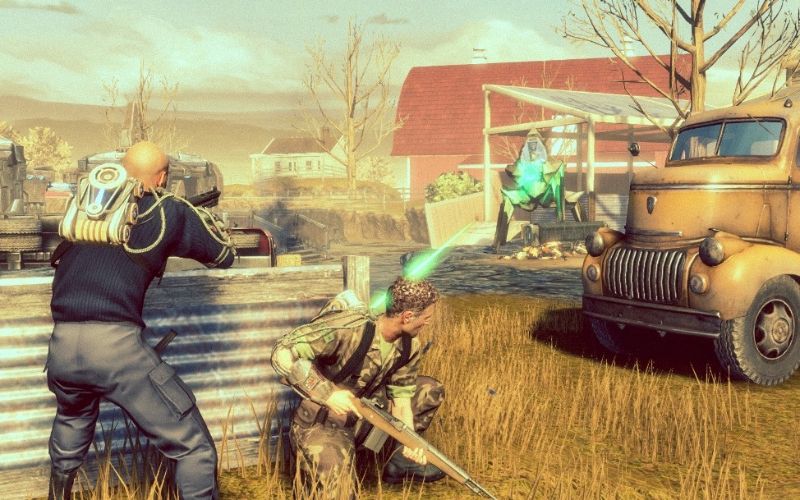