Terminator Genisys. Terminator Genisys is an American science fiction action movie directed by Alan Taylor and written by Laeta Kalogridis and Patrick Lussier. It is the fifth installment in the Terminator series. Arnold Schwarzenegger reprises his role as the titular character, along with newcomers Emilia Clarke, Jason Clarke, Jai Courtney, Matt Smith, Lee Byung-hun, Dayo Okeniyi, Courtney B. Vance, Sandrine Holt, and J. K. Simmons. The film is scheduled to be released by Paramount Pictures on July 1, 2015. The year is 2029. John Connor, leader of the resistance, continues the war against the machines. At the Los Angeles offensive, John’s fears of the unknown future begin to emerge when TECOM spies reveal a new plot by Skynet that will attack him from two fronts, past and future, and will ultimately change warfare forever. On the verge of winning the war against Skynet, Connor sends his trusted lieutenant Kyle Reese back through time to save his mother’s life and ensure his own existence. But what he finds on the other side is like nothing he ever expected. After being orphaned at age nine by a Terminator, Sarah Connor has been brought up by another Terminator programmed to protect her. This Terminator has then trained her to face her destiny, which she adamantly tries to reject.

The movie will take advantage of a more comprehensive grandfather paradox that includes a parallel universe. In Terminator Genisys, Kyle Reese traveling from Universe A will end up in a Universe B, created when Skynet attempted to kill Sarah Connor during childhood. Together, Reese and Sarah will attempt to create a Universe C that would obliterate both Universe A and B, and in which the events of doomsday would have never happened.

Paramount Pictures has released the first trailer for Alan Taylor‘s Terminator: Genisys, which acts as a reboot of the Terminator series, and a sequel to the existing films, and possibly the first film in a new trilogy. Watch the Terminator Genisys trailer. 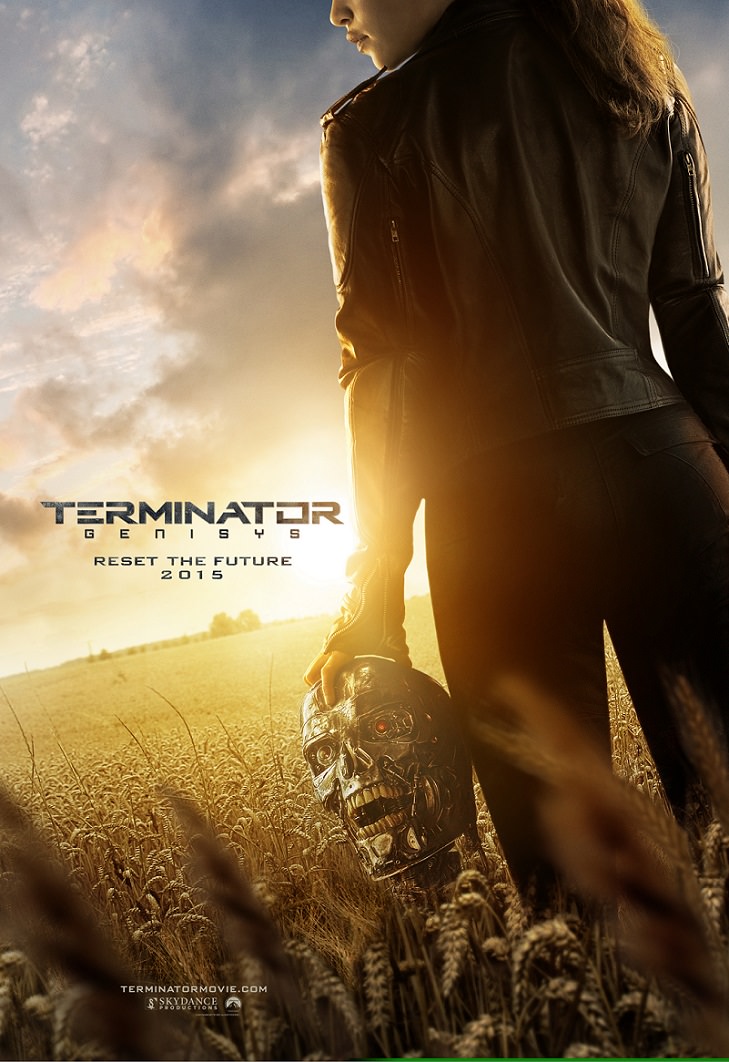