20-year-old urban-pop breakout star Talay Riley first remembers singing when he was five. As a boy growing up in East London, music was always around him, and he was first exposed to the pop music of the early 1990s by his older brother and sister. He doesn’t remember it, but he’s constantly reminded of moments in front of the bathroom mirror singing along to their MC Hammer CDs. Talay’s aim is for nothing lower than the stars, naming Michael Jackson, Stevie Wonder, Beyonce and James Brown as his greatest inspirations. But he has always been a talent hungry for a twist, and he proudly claims a strong country influence from artists like Taylor Swift and Rascal Flatts in album tracks like ‘Missing You’. But he also went further, going out and studying the biggest names in indie and rock from Coldplay to The Beatles in the hope of stitching together a truly universal sound. “I knew I wanted to branch over,” he explains, “I didn’t just want to be the typical R&B black guy which I thought was what people would expect from me. So I took it upon myself to listen to all that stuff, I sat down and taught myself to enjoy it and after a while it became natural.”

Talay Riley – Black Magic Lyrics:
(Verse)
Prepare to be amazed
I’ll be like Houdini in this bedroom
When I’ll pin you down you’ll think it’s voodoo (yeah)
Baby pick a card, don’t jump down

(Verse)
What you see? (no)
‘Cos I wanna feel it off your body
When I flush my deck until you palm it just
This girl has got eyes over 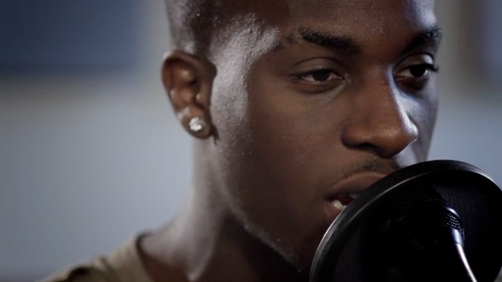