Skip to content
Home » Music » Swim Deep – To My Brother

Swim Deep – To My Brother. Swim Deep were initially billed as an indie hype, but there was always a lot more to the band than that. Intrigued by electronics, the band recently went back in the studio eager to experiment. New single ‘To My Brother’ has just gone online, and it fuses a gospel tinged vocal with producer which explicitly recalls the Acid House era. At last, an almost year-long musical silence has been broken by Swim Deep, just one of many from the pool of Birmingham bred indie bands. Returning with 80’s style “To My Brother”. Typically psychedelic synth sounds drop early on in the tune accompanied by faded dream-like vocals from Austin Williams, who croons “I start to get the feeling, all I do is preach to my brother”. Whatever the lyrics may be about, it’s working – Swim Deep never fail to take listeners to another place with their riffs and electro-synth beats. This is our first taste of a forthcoming album, as yet unnamed, which will show a new, but surely familiar side to the 5 piece. 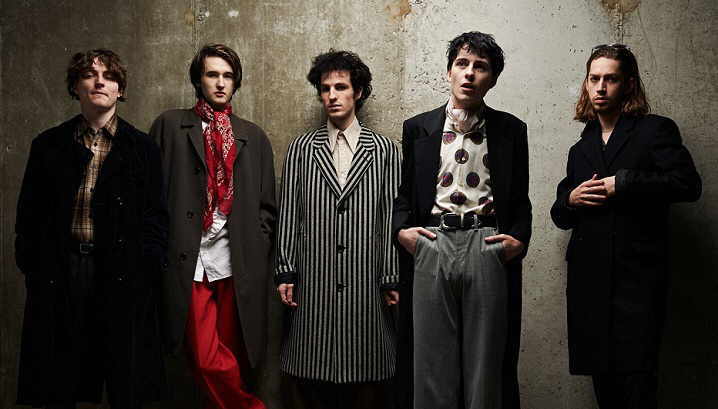 Swim Deep mark their long awaited and welcome return with a brand new single ‘To My Brother’. Swollen in ranks with the addition of live multi-instrumentalist and long term like minded associate James Balmont, Swim Deep pen a new chapter, of which ‘To My Brother’ is the prologue and only a tantalising taste of what’s to come over the coming months.

Swim Deep – To My Brother

Singer Austin Williams explains the ideas behind the comeback track:
“There’s been inspiration from the sound and ethics of the acid house movement of the late eighties. It feels like there are a lot of parallels with what we have today, that sort of determination to dance whilst everything falls apart around you. We’re not being revivalists though, for us every summer could be the summer of love. This track comes from pure obsession with Motown hits, a 303 machine we dusted off in the studio and a heroic breakbeat whilst lyrically it’s reflecting a war with my own words, a sort of frustrated parody. Preaching to myself.”

Swim Deep – To My Brother Lyrics: