Summer Twins are sisters Chelsea and Justine Brown. They write dreampop and rock ‘n roll songs with a touch of California sun. They formed in 2008 with a focus on singing pop harmonies atop garage rock inspired by the ’50s and ’60s. Now in their early twenties, Summer Twins play live with Michael Rey on bass. 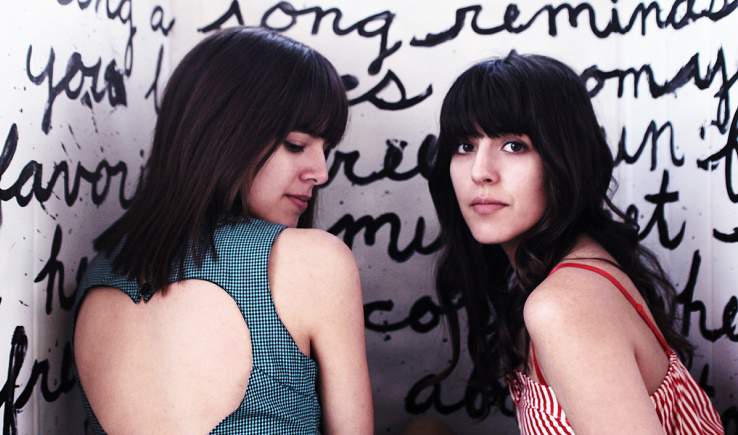 They are signed to Burger Records and IRMA Records (Japan). The track instantly shoots off a glowing surf-centric vibe, bridging glowing pop elements with the band’s deceptively gritty guitar play for an effortlessly fun ride.

Here’s what Chelsea had to say about the high concept video for “Demons,” along with a complete stream of the record: Everyone has their own “demons”—they’re the little voices in the back of your mind that make you doubt yourself and tell you not to take risks. They can be vicious; they’ll lure you in and beckon you back to safety. If you fall into their trap, you become a victim, allowing your demons to stunt your potential. But if you can find the courage to face them and explore that darker side of your mind that you’d often rather ignore, you might just have a breakthrough and discover artistic bliss. In a way these demons are the catalyst in making your vision come to life—they may just put you through hell first. For our video we wanted to portray our demons in a strange alternate “Limbo” world. We took inspiration from the 1966 Czechoslovak film Sedmikrásky (or “Daisies”) and worked with director Owen Swchartzbard to create the story. All of the props were handmade with the help of our friends and we shot the video on a hot day at the dry river bottom in our hometown of Riverside.