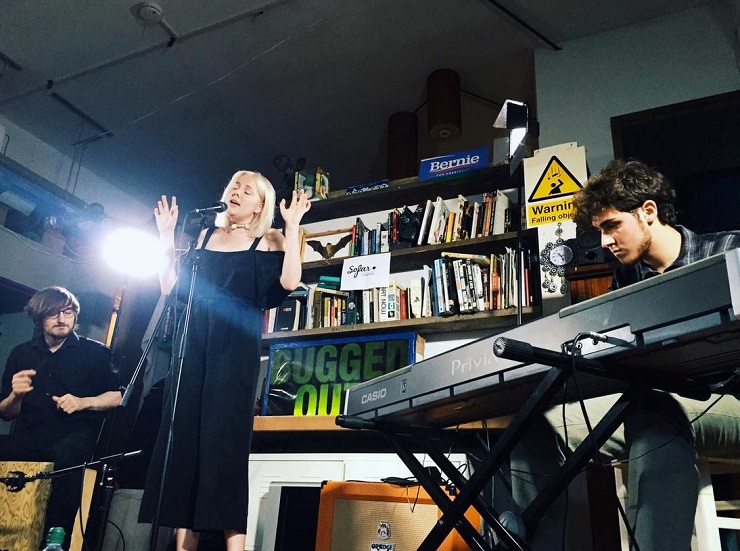 Melancholic lyrics, haunting vocals, playful melodies, and atmospheric beats are just a few words to describe London based Scandinavian artist Storme. Growing up in her native Sweden, Storme drew inspiration from the breath-taking landscape, and her thoughts and feelings of the world around her.

As her sound developed, so did her musical palette, with further influence coming from a new found love of more electronic music, and artists such as Florence and the Machine, Bjork, and Bon Iver. Storme encompasses dark lyrical themes, catchy melodies, with on point production which is altogether unique.

Storme’s debut single “Soldier” produced by legendary UK drummer Adam Betts (Goldie, Squarepusher, Three Trapped Tigers), showcases the use of sublime electronic production, a big chorus and catchy melodies, which have an heir of familiarity, but at the same time sounding fresh.

With a host of festivals appearances all over Europe this past Summer, Storme’s sounds has reached further than her native Sweden and will continue to reach a wider global audience. 2017 looks set to be a big year in this emerging talents career.