Explore a vast galaxy full of wonder! Paradox Development Studio, makers of the Crusader Kings and Europa Universalis series presents Stellaris, an evolution of the grand strategy genre with space exploration at its core. Featuring deep strategic gameplay, a rich and enormously diverse selection of alien races and emergent storytelling, Stellaris has engaging challenging gameplay that rewards interstellar exploration as you traverse, discover, interact and learn more about the multitude of species you will encounter during your travels. Etch your name across the cosmos by forging a galactic empire; colonizing remote planets and integrating alien civilizations. Will you expand through war alone or walk the path of diplomacy to achieve your goals? Stellaris is a real-time grand strategy game set in space in the year 2200. Players control ships and research vessels among other things, combat is more centered towards the bigger picture, preparation, and strategy. There are also diplomatic options such as alliances and trade agreements with other races. 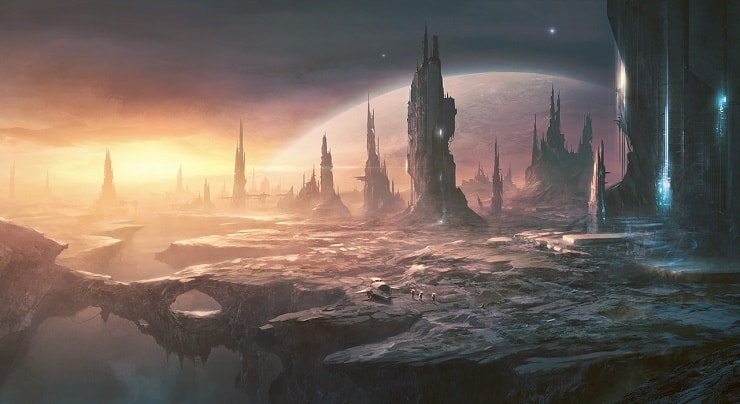 The game begins by picking a species, its ethics, and its technologies. Picking an alien species is just cosmetic; and any species can have any of the ship engineering styles. The player begins with a single planet in their territory, an engineering vessel, a small fleet of warships, a space port, and a science ship. Early gameplay consists of exploring and colonizing space, while mid-game activities focus on diplomacy and governing an empire. In the late game, crisis events can occur that have galaxy-wide implications – for instance an uprising by sentient AI robots, or an extra-galactic invasion. Paradox hoped that this would address a common late-game problem in 4X style games; whereby one faction is so powerful that their eventual victory is inevitable, resulting in frustrating gameplay.