Star Wars: Battlefront is an action shooter video game developed by EA DICE, with additional work from Criterion Games, and published by Electronic Arts. The game, based on the Star Wars franchise, is the third major release in the Star Wars: Battlefront sub-series, and is considered a reboot to the previous games, instead of a sequel. The game was released worldwide in November 2015. Star Wars Battlefront is an action game played from either a first-person or third-person view; players can switch whenever they want, similar to the previous games. Players traverse planets from the Star Wars universe, such as Endor, Hoth, Tatooine, and Sullust. To navigate the world, players use a variety of vehicles, including both air and land-based vehicles, such as speederbikes and AT-ATs. Battles are planet-based, restricting players from exploring space. The game’s weapons, characters, gear, and abilities are customizable. As new weapons are unlocked, players have the ability to share them with their teammates. Battlefront does not feature iron sights, but allows players to zoom in for better accuracy. 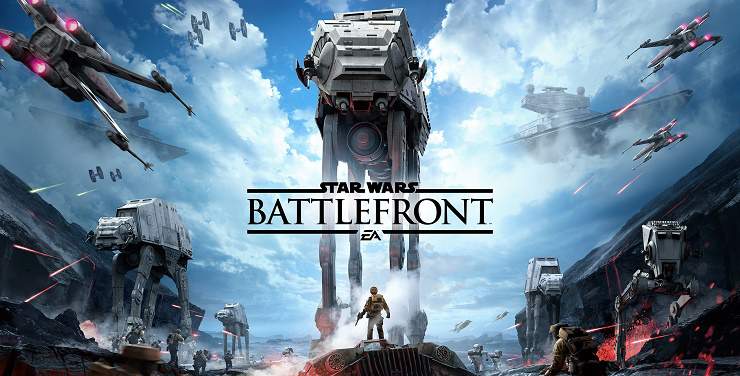 The game lets players choose to control either a Rebel Alliance soldier or an Imperial Stormtrooper. Other playable characters from the films can also be controlled, such as Darth Vader, Luke Skywalker, Boba Fett, Leia Organa, Han Solo, and Emperor Palpatine. Non-playable characters such as R2-D2 and C-3PO make appearances. The game includes cooperative missions, which can be played offline, but excludes a campaign mode. Players can complete the missions both independently and with bots or another player; the game supports split screen on consoles. The game’s online multiplayer mode supports up to 40 players in one match and consists of 15 multiplayer maps. These maps feature five locations from the Star Wars universe: Hoth, Tatooine, Endor, Sullust, and Jakku. Wikipedia®.