Spec Ops: The Line is a 2012 third-person shooter video game developed by Yager Development and published by 2K Games. It was released on 26 June 2012 in North America and 29 June 2012 internationally for Microsoft Windows, and the Xbox 360 and PlayStation 3 consoles. It was ported to OS X, which was released on November 7, 2013. It is the eleventh title in the Spec Ops series, and the first entry since Spec Ops: Airborne Commando in 2002. In Spec Ops: The Line, the player controls Captain Martin Walker, who is sent into a post-catastrophe Dubai with an elite Delta Force team on a reconnaissance mission, where they find dead American soldiers. Upon the finding, Walker declares that the team’s mission has changed, and that they will search Dubai for survivors. An online multiplayer mode, developed by Darkside Game Studios, is included with the game, allowing players to engage in both co-operative and competitive gameplay. The writers stated that the premise of the game is influenced by various novellas, including Joseph Conrad’s Heart of Darkness, with Konrad replacing Kurtz. Video game critics gave Spec Ops: The Line generally positive reviews. Praise focused on its narrative and themes, while criticism was targeted particularly at the online multiplayer mode and generic third person gameplay. Spec Ops: The Line also won, and was nominated for, several industry awards, including Best Narrative at Machinima’s Inside Gaming Awards. Wikipedia®. 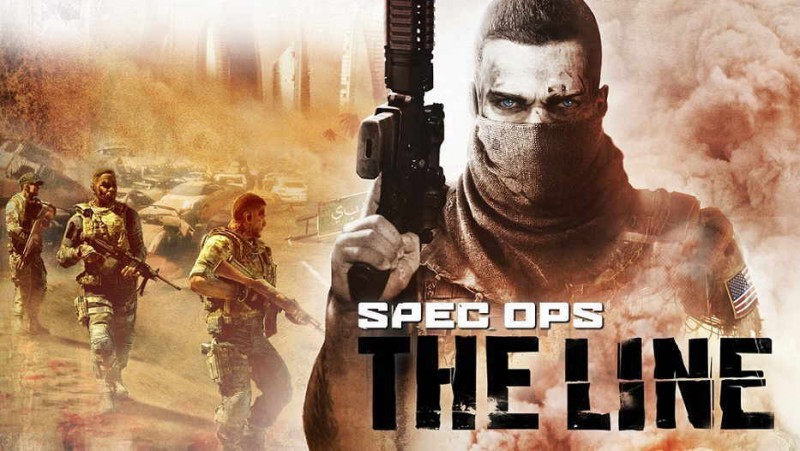 Sun, sand and shooting. Welcome to Dubai. Welcome to Spec Ops: The Line. It’s been six months since Dubai was destroyed by a devastating sandstorm. Six months since any sign of life from that once-glittering city. Your mission is to head back in and see just who’s started transmitting a mysterious radio signal. Are there survivors? And do they even want to be rescued? Spec Ops: The Line is a mature third-person shooter that dares to be different. The once-opulent city ruins and bright orange sands make for a visually stunning location, with destructible buildings and plenty of opportunities to employ the trademark cover-based tactics. The sand itself is a big game-changer, whipping up vision-reducing storms which alter the environments around you. And fancy a little moral conflict with all that shooting? Well, this game serves up difficult choices by the bucketload, forcing you to make tough decisions in impossible situations, challenging your notions of right and wrong, and making you think about the consequences. This is a game that leaves you wondering who exactly is the bad guy here (hint – it might be you). Grab Spec Ops: The Line today and see exactly what you’re made of!