The debut album Puraede’s Parade sees these sounds crafted and sculpted into a 10 track journey surrounding the tragic life of Bloomsbury Puraede-an extra terrestrial figure who is slightly more advanced and developed in his senses, skills and appearance than the average human. His home planet has began to devour itself in a global breakdown of society, partly caused by the corrupt prophet who lives amongst the waves of the sea. Bloomsbury flees to earth before the evil of his home planet consumes him. In a desperate attempt to survive he reveals himself to the world, but to his disappointment, is shocked at the extent to which his abilities are blown out of proportion. Soon enough the people of Earth consider him a God due to his evolved abilities and appearance, and Bloomsbury is forced to flee again before he is condemned for selfish negligence regarding his apparent ‘powers’. Once again Bloomsbury Puraede is alone, singing songs of corruption and close mindedness in search of a new home. Alls in all; come for the explosion party of kraut-glam-psych explorations and stay to fall in love with Bloomsbury and his cosmic adventure.

SpaceManAntics – A Man Is A Ghost Of Peter Pan

SpaceManAntics – A Man Is A Ghost Of Peter Pan Lyrics:
stay away,
I’ll be mine if you’ll always be yours,
sweet devine,
your heart is a mountain that i think i will climb,
cold feet, time to retreat,
I’m guilty, your heart is stronger than mine.

and it works to be a man,
like the ghost of peter pan,
and at worst you’ll be a pearl,
in your shell,
until the end of the world

take this paper from my hands,
and place it where the paper man can can,
rip up the plans

now theres nothing left,
it’s been a while,
you forgot the wealth oh no,
nowhere to go

and it works to be a man,
like the ghost of peter pan,
and at worst you’ll be a pearl,
in your shell,
until the end of the world. 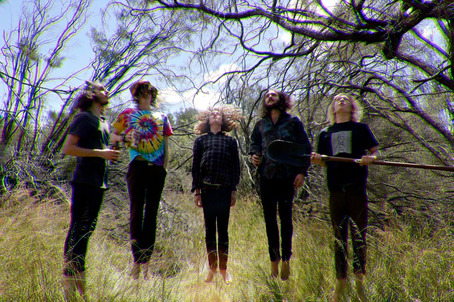