The Sounds are a Swedish indie rock band. Formed in Helsingborg in 1999, the group’s musical style has been compared to New Wave acts such as Blondie, The Cars, the Epoxies and Missing Persons. Their debut album, Living in America, was released in 2002, with the follow-up Dying to Say This to You on 21 March 2006. Their third album, Crossing the Rubicon, was released on 2 June 2009, and their latest, Something to Die For, was released on 29 March 2011. The Sounds were formed in 1998 by classmates Félix Rodríguez, Maja Ivarsson, Johan Bengtsson and Fredrik Blond in Helsingborg, Sweden. The group met Jesper Anderberg, the youngest member, by chance at the Hultsfred Festival and was enlisted to play keyboards and guitar. The band’s name was decided months later during a trip to London. Before becoming the lead singer of the band, Ivarsson had previously played electric guitar in other local bands. Their debut album, Living in America, was recorded in Stockholm and produced by Adel Dahdal and Jimmy Monell. It earned them several “Best Newcomer” awards, a Grammis, a No. 4 position in the Swedish album charts, and established the band not only in Sweden but also in the United States. The band has played over 500 gigs since the album’s release including participating in the 2004 Warped Tour. In 2006 they played again at Warped Tour, this time on main stage, and have toured with bands such as Foo Fighters, The Strokes, Morningwood, Angels & Airwaves, +44, Mando Diao, Panic! At The Disco and most recently, No Doubt and Paramore during their last tour in 2009. Wikipedia®. 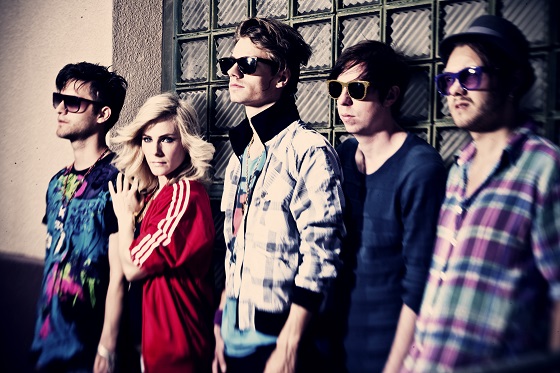