Throughout the ’90s, the U.K. music scene was filled to the brim with nerdy cockney types sporting messy threads and even messier hair. Fresh-faced Sophie Ellis-Bextor was among the first Brit-pop stars to break with this trend. She made it onto the stage in 1997 as the teenage vocalist behind new wave outfit theaudience. Smartly dressed (often in black) and boasting a sexy, posh voice, she caused quite a stir on London’s alternative circuit. Theaudience became known the world over as a groundbreaking pop act and even enjoyed success on the crowded U.K. singles chart with such imaginatively titled numbers as “I’ve Got the Wherewithal.” Due to internal conflicts, however, the group split up and Ellis-Bextor went searching for success on her own. The solo thing wasn’t really working out and it took her a while to re-emerge on the scene. But when she did, it was in late 2000 as a major star alongside Italian DJ/producer Spiller. The 6’9″ Venetian had just put together a disco house number titled “Groovejet (If This Ain’t Love),” and was looking for a female vocalist to add spice to the work. Though very popular in the clubs as an instrumental, the track started selling like mad after Ellis-Bextor strutted her stuff over its deep grooves. It was a number one hit on singles charts around the world. Spiller and Ellis-Bextor both starred in the now famous film clip to the track, in which the Londoner’s eye-popping set of cheekbones vied for supremacy with the Venetian’s imposing stature. A year later, Ellis-Bextor was again making waves with the pop single “Take Me Home.” Thanks to that effort, she beat the likes of Five to the number one spot on the U.K. singles chart. In their ongoing search for controversy, the British press even touted her as the main competitor to enormously popular Victoria Beckham, previously known as Posh Spice. That same year, Ellis-Bextor served up another chart-topper in the ultra-cool disco tune “Murder on the Dancefloor,” which was a smash throughout Europe. These singles anchored Ellis-Bextor’s 2001 solo debut, Read My Lips, a significant hit in the U.K. and Europe. Two years later, she released Shoot from the Hip, a record that wasn’t quite as successful on the charts but had two Top Ten singles in “Mixed Up World” and “I Won’t Change You.” As the album was churning out singles, Ellis-Bextor announced she was pregnant and took a hiatus to take care of her child. She returned in 2007 with Trip the Light Fantastic, a guest-heavy record preceded by the Top Ten hit “Catch You.” Although Trip the Light Fantastic went gold in the U.K., it spawned no further big hits — “Me and My Imagination” peaked at 23 — and the album receded from the spotlight. Ellis-Bextor then devoted herself to recording her fourth album, resulting in Make a Scene, which appeared in the summer of 2011. The following year she went back into the studio to work with British indie hero Ed Harcourt, who ended up co-writing and producing what would become her next album, Wanderlust. The album appeared in January 2014, capitalizing on her appearance in BBC TV’s Strictly Come Dancing.

Ellis-Bextor told The Sunday Telegraph that this song, “is about a woman who takes your photo and traps your soul in the picture.” She added, grinning: “This is what comes of reading Russian fairy tales as a kid and doing Emily Dickinson at school.” Songfacts®.

Sophie Ellis-Bextor – Love Is a Camera Lyrics:
A winter morning black as any night
A landscape held in time under the ice
There’s a house on the hill
She’s living there still
Rooms are full of pictures black and white

So the story goes, she lives alone
The company is framed in monochrome
She keeps them alive
Long after they’ve died
No one ever knows until they’re gone

Every photograph is a cenotaph
Won’t you stay here a while
In a flash you’ll see, you belong to me
All I need is a smile

Stand still evermore
Pose for eternity with me
Your soul on my wall
Love is a camera full of memories. 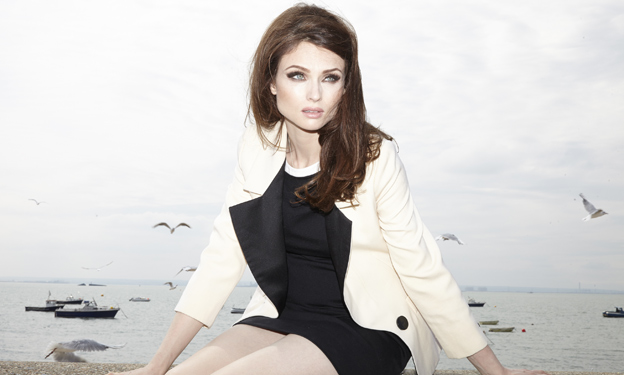