SoMo aka Joseph Somers-Morales will never forget being on stage as a kid. At six-years-old, he sang at a popular club on historic 6th Street in Austin, TX. “I was way too young to be in a bar,” he laughs. However, his life took a bit of a detour away from music for quite some time. It certainly loomed in the background, but he had other things on his mind. “My dad was in a jazz rock band called Duck Soup, and he wasn’t always there,” admits SoMo. “Because of the lifestyle, I just wanted to grow up, be normal, and have a family. My mom really raised my brother and me. I didn’t fight music, but I didn’t necessarily embrace it either. I wanted to do my own thing.” Throughout high school in Denison, TX, that’s precisely what he did. He played football and hung out with friends, distancing himself from the proverbial “stage” as much as possible. However, in 2009, music called to him in the strangest and most serendipitous way. Receiving a piano from his mom for Christmas, he taught himself how to play by ear and recorded a cover of Chris Brown’s “Crawl”. 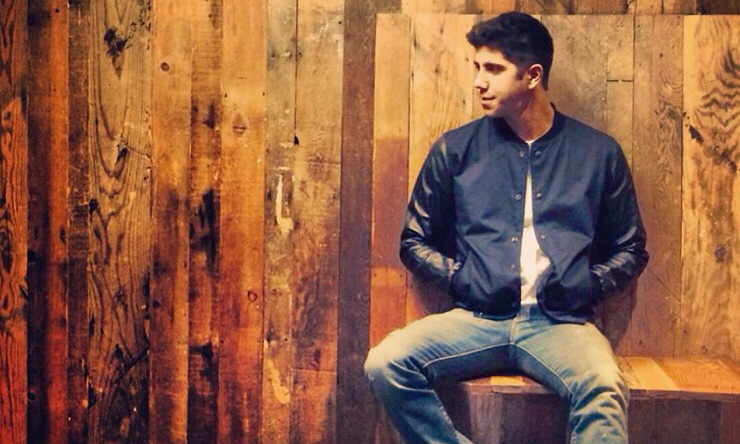 Uploading the performance to YouTube, it soon went viral. With his brother John’s encouragement, he teamed up with producer and engineer Cody Tarpley and continued to cut covers periodically over the next year. Prior to the release of Drake’s Take Care in 2011, he recorded a medley of the entire album and dropped it on the album’s release day. That medley would go on to garner over 4 million views, and it started to solidify the SoMo phenomenon. Throughout 2012, the singer and songwriter began to buckle down and work on his first original music. His efforts in the studio yielded the independent debut mixtape, My Life. A powerful, palpable, and passionate collection, it merged R&B spirit with pop soul, showcasing his dynamic voice and songwriting prowess. Released for free on his birthday September 11, My Life opened up SoMo’s world. “It was important to stand out,” he goes on. “On My Life, we implemented different styles to show I could write over any type of music. At the same time, it’s a cohesive story about my actual life since I started making music. There are party moments. There’s heartbreak. There’s love. It’s real.”

My Life spawned his first hit “Ride”. Without any radio support and no label at the time, the track began selling 10,000 digital tracks weekly, while its music video directed by Dan Gotti accumulated over 3 million views. It offered a fitting introduction to SoMo with its sexy hook and slick, soaring, and seductive sound. “It just happened one night,” he remembers. “A girl came over, and I was drinking some red wine. I started playing the piano, and I hit my favorite chord. I wrote the hook right away. I was deeply in love with this girl and the song essentially says, ‘I’m going to ride. I’d die for you. My love is forever’. Of course, there is that sexual element though. It’s fun.” Simultaneously, SoMo released a cover every single Sunday as part of his “SoMo Sunday” campaign. Speaking directly to his fans, he offered up new music each week, and the series has accrued 50 million-plus views on YouTube.