Snow Angel – So Sick So Cool

So Sick So Cool is the title track off the new 7″ vinyl from psychedelic pop super group, Snow Angel! The song features layers of recorders, hand claps, and vocals, as well as the f*cking sick drumming of Ian Vanek from the famed band Japanther! Check out the most epic game of Patty Cake and Oaklandish Vogue skills – this video brings you into the center of our rainbow world!

The Psych-Pop girls of Snow Angel, doused with hard hitting drums, recorders, omnichord, guitar, keys and electric sitar turned all the way up to 11, will rock the emotional dust off your musical shelf. 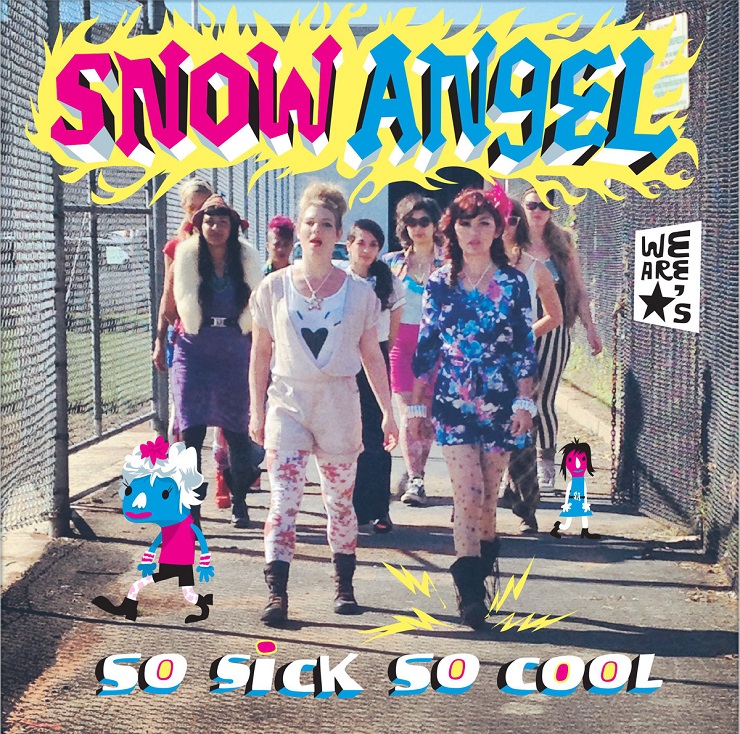 Snow Angel’s creative force, Gabby La La, made a major splash with her Les Claypool produced solo album, “Be Careful What You Wish For”. Touring internationally as a member of Claypool’s band, Gabby became known for her virtuosity on the sitar and penetrating stage presence. She created her second album, “I Know You Know I Know” using a Nintendo DS Lite overdubbed with sitar, ukulele, and theremin.

Snow Angel will be releasing a kickstarter funded 7″ record in 2015, accompanied by a music video for the singles “So Sick So Cool” and “We Are Stars!”

Snow Angel – So Sick So Cool