Sniper: Ghost Warrior 3 is an open world first-person tactical shooter in development by CI Games. It is the third entry in the Sniper: Ghost Warrior series and the first title to feature a AAA production effort. Sniper: Ghost Warrior 3 is a modern-day first-person tactical shooter, similar to its predecessors. The game is designed to be less linear than Ghost Warrior and Ghost Warrior 2, since the title is the first in the series to feature an open world, which can be freely explored by players. The open world is scattered with different activities and side missions which are known as “war crimes”. These can be completed by players if they are not playing the main missions. According to CI Games, the title is designed to be accessible for both players who are new to the franchise or the genre, while tactical enough for more hardcore players. The game is based on three different pillars: target, execute, and survive. Players are allowed to use different approaches to complete missions and defeat enemies, as maps are now larger and more open-ended. For instance, players can utilize stealth and melee combat to kill enemies, in gun and run style, or use the weapons or gadgets provided, like sniper rifles, to snipe enemies from a long distance. 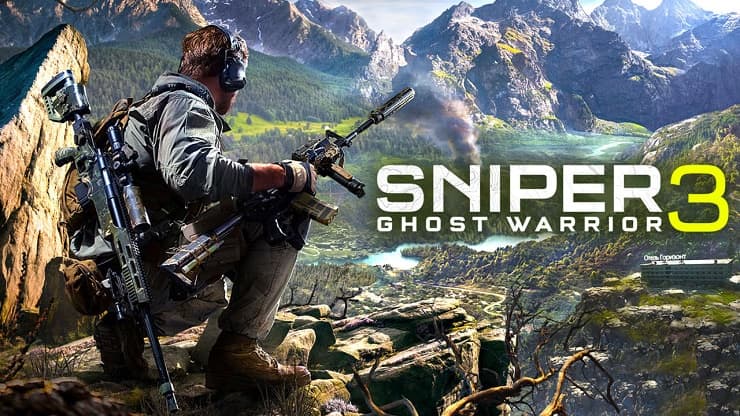 The game’s objectives will not be shown on the mini-map provided to players. Players are required to find them by completing intel-gathering missions. Players can also use a drone, which is one of the newest additions to the series and can be controlled by players, to scan and survey the environment, and to detect enemies. The drone can also be used to hack enemies’ electronic equipment and weapons, and to create distractions. However, there are risks when players are using the drone, as enemies may become alerted when they spot it. As one of the game’s core experiences is sniping, the accuracy of long-range shots is affected by various factors, such as calibration of the rifle’s scope, weather, wind speed, distance, gravity, and the protagonist’s breathing strength and rate. As a result, players have to plan, adapt, and react to the game’s environments to alter these factors. Wikipedia®.