Sniper: Ghost Warrior 2 is a tactical shooter video game developed and published by City Interactive for Microsoft Windows, PlayStation 3 and Xbox 360. It was released on March 12, 2013 in North America, March 15, 2013 in Europe and March 19, 2013 in Australia. It is the sequel to Sniper: Ghost Warrior. The game starts with player taking control of private security consultant Captain Cole Anderson, in the Philippines, with CIA Special Agent Diaz making their way to an old Russian radar post to destroy it while working on a tip that some mercenaries had assembled there to broker a deal for a bio-agent WMD. While Diaz destroys it, he overhears enemy radio chatter about the capture of a spy working for the PSC by the mercenaries. Diaz commands a team to rescue the operative while Anderson makes his way to provide covering fire from a cave overlooking the resort, where the soldier is being held captive and where the supposed deal is scheduled to take place. They save the soldier, however while monitoring the deal Anderson sees one of the dealers to be Merinov, an old aquantaince from his past, and subsequently the entire team is ambushed by an enemy sniper and everyone except Anderson is either killed or captured. Anderson heads to a village to intercept the transfer of the bio-weapon as well as his captured teammates. He manages to rescue Diaz and Gomez just as they are about to be executed, however the Bio-Weapon is lost. Both agents link up with Anderson, but Gomez is killed while escaping from the pursuing mercenaries. After successfully escaping their pursuers Diaz remarks, “it’s Sarajevo all over again”. Wikipedia®. 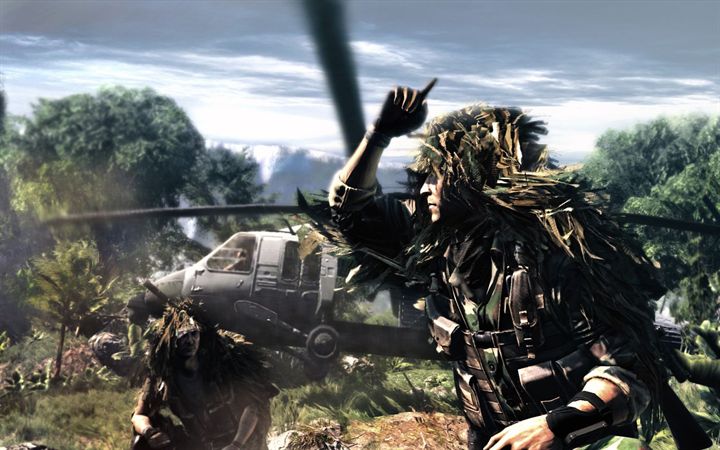 Takes the bulls-eye precision of its best-selling predecessor to new and exciting heights. Powered by CryEngine 3 technology, the missions of Sniper: Ghost Warrior 2 are graphically stunning and more challenging as you once again step into the ghillie suit of a special ops sniper to take down the enemy.