Specializing in shimmery, ebullient, and effusive electro-pop in the vein of Foster the People, Passion Pit, Fun., and Jukebox the Ghost, Los Angeles-based indie rockers Smallpools formed in 2013 around the talents of Sean Scanlon (vocals), Mike Kamerman (guitar), Joe Intile (bass), and Beau Kuther (drums). The quartet made waves with their first single “Dreaming,” which debuted a month before the release of their inaugural RCA-issued eponymous EP.

“Dreaming” is one of those songs you hear and immediately know it’s going to be a hit. Energizing combinations of guitar and synth give the song life while the lyrics give off a go with the flow vibe. It makes for a catchy and addictive dance song that you want to leave on repeat.

Smallpools – Mason Jar Lyrics:
She saw the world through a mason jar, it’s foggy
She had the kids with the vicious smiles, they got me
Up on the hill with the trophy wives
She’s doing alright, alright

They let her roam some tree or vine, no question
She’s got a home with some shit to climb, don’t mention
Been up and down like a hundred times
But I’ve got to kill this conversation
While there is still sense in my mind

But I miss the way you feel, no one will ever know

She wrote a film about a double life she’s living
She had a weak co-star in mind, I give in
Mix up the clear with the coffee grinds
We’re shooting all night, all night

I feel the shift of the falling tide, I’m leaving
Nobody dares to take her side, still pleading
She’s breaking down to me one more time
But I meant to kill this conversation
While there was still sense in my mind

But I miss the way you feel, no one will ever know 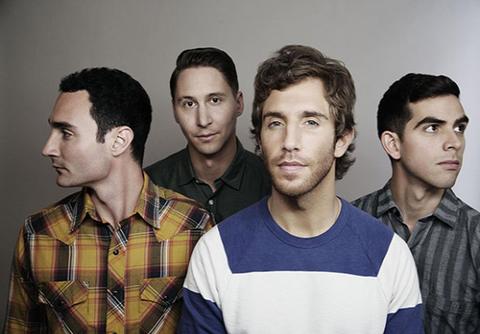