Slow Club is Sheffield boy-girl duo Charles Watson (guitar, vocals, piano) and Rebecca Taylor (drums, vocals, guitar). The band formed in 2005 when they were both still teenagers and spent the next two years touring relentlessly around the North of England. A support slot with US band Tilly And The Wall brought them to the attention of Moshi Moshi Records who released their debut album Yeah So in 2009. Now in 2014 we find Charles and Rebecca emerging from the studio again with what promises to be their career-defining album – Complete Surrender. Recorded with producer Colin Elliot, who previously helped create an equally widescreen sound on albums by Richard Hawley, Complete Surrender touches on everything from Motown and the output of Memphis’ Stax Records to the immaculately produced pop of the 1970s, via Frankie Valli and David Bowie. The songs are certainly bigger and the pair have grown from a charmingly ramshackle teenage duo bursting with potential into a fully-formed, self-confident and impressively talented band. Where they take us next is anyone’s guess.

And oh, I know
That time will wash away all our suffering
Suffering You, Suffering Me
You came to me in TRUTH
But as a LIE I leave

You say oh, we could leave to feel mine
And how I felt so sick the whole time
And I was so sure that I was special and you’d be kind
And now I see you, watch others go by

And oh, I know
That time will wash away all our suffering
Suffering You, Suffering Me
You came to me in TRUTH
But as a LIE I leave

And in a year from now under that
The thoughts of you will pass me by
For every stain neither of us feeling better
Do I find something new?
Oh, keep so brand new, so brand new

Suffering You, Suffering Me
You came to me in TRUTH. But as a LIE I leave
And all the things you said 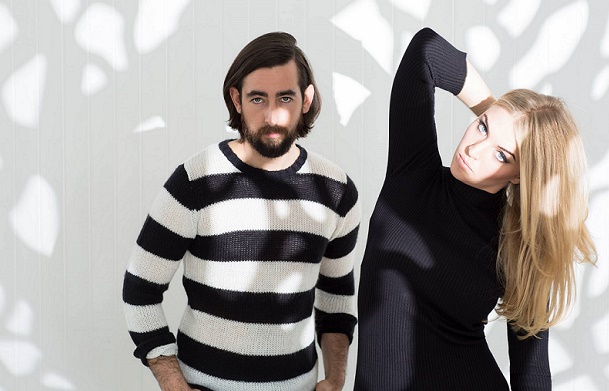