Chanelle Cali aka Shystie is a rapper, actress and model from London, her sexy and edgy style has made her one of the U.K s most popular and entertaining female urban artists. Shystie has an electric stage show and has toured with the likes of 50 Cent, Basement Jaxx, and The Streets to name a few. Her acting credits include the leading role in Channel4 and MTV series ‘Dubplate Drama’ which lasted for 3 series and gained 3.3 million views, as well as her role in the highly acclaimed feature film Adulthood. Shystie along with her independent team ‘Star work music’ launched a string of successful mixtapes and viral videos throughout 2012 which eventually captured the attention of U.S star Azealia Banks. Her latest track ‘Control it’ feat Azealia Banks was made record of the week on Radio 1 by Mista Jam and Nick Bright in September 2012. The track will be the leading promo single from Shystie’s highly anticipated E.P ‘Pink Mist’ which is set for release on the 28th April 2013. Shystie also flirts with the fashion world; She modeled for renowned sunglasses designer Stevie boi at New York fashion week in 2012. She also featured in Vogue after modeling for Nazir Mahzar for London fashion week in 2011 and 2013. Shystie has branded herself as an edgy multi talented power house; her music has a strong fan base as well as her image which is highly respected by bloggers and leaders of style and fashion. Shystie has been featured in numerous high profile magazines and online blogs including Vogue US/UK, MTV IGGY, as well as Billboard.com.

[Verse 1: Shystie]
You ain’t gotta live your life average
Don’t think about the past and what’s happened
I’mma be there when you can’t manage
In it for the long run, together like a marriage
See I only really want the best for ya
And any time you feel life’s testing ya
When you hit rock bottom and it’s stressing ya
I’mma be there with a life vest for ya
Nah, you ain’t gotta do it on your own
If you ever need a friend never hesitate to call
I’m involved, I’ll pick you up when ya low
Gotta let it go, I know it hurts but it’s growth

[Pre-Hook: Jalissa]
It is gonna break my heart
If you, if you give up on yourself

[Hook: Jalissa x4]
Stop in the name of love
Before you break my heart

[Verse 2: Shystie]
I know how it feels when ya feel lost
Had it all together now it’s all gone
Everyone around you has moved on
Now I’m feeling like an outcast, I’m the black swan
Yeah, but I don’t wanna get left
So I do it all right, but it still goes left
Now I’m running on empty
Praying up above for a sign, please send me (Lord)
But these are the times, when you gotta dig deep for your strength that’s inside
Never give up, never give in, never hide
You’re stronger than ya know it and it’s all in your mind 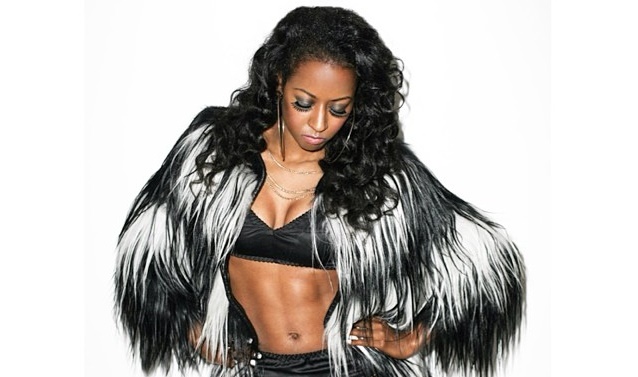