After the release of two EPs, New York native Shvona Lavette plans to release her first full album late January 2014. “Always,” her debut single off her debut EP “3 Percent & Rising” received UK acclaim and was also featured on an episode of CSI: NY. “All the Gold” Her third music project, titled “It Was Fun While You Lasted,” takes us on an Alt/R&B ride of upbeat throwback tracks, and melancholy indie slow-tempo tracks. Shvona collaborated with Justin Hori, (producer, musician and vocalist), making “It Was Fun While You Lasted” her most marketable project yet. “Holding On,” the first single off of “It Was Fun While You Lasted,” documents the vicious circle of a expired relationship Listen Shvona, also a television actress, has recently launched an organic beauty, fitness & health Video Blog (in the nascent stages) called “The Pink Seed”; this is a perfect outlet for her to share her knowledge given her identity and affinity for natural and organic beauty and health.

First single off of Shvona Lavette’s album “It Was Fun While You Lasted.” Produced by DJ Jus One a.k.a. Justin Hori. 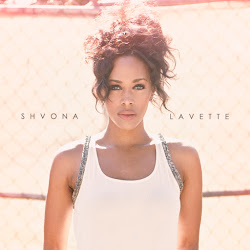