Field of Trampolines is a perfect summer album, recorded at the Eastern end of a cross-Canada tour in August 2015. Shotgun Jimmie and his band (Winnipeg’s wonderful Human Music) slept under the stars, played rock shows and swam every possible lake. Crowds were surfed. They ate from orchards and cooked by campfire. Field of Trampolines was produced by Joel Plaskett in his Dartmouth, NS studio. Joel is a magician, a musician and a legend. They worked quickly, recording live and mixing fast in a single 4-day session. Joel captured the summer vibes like a glow bug in his bare hands. 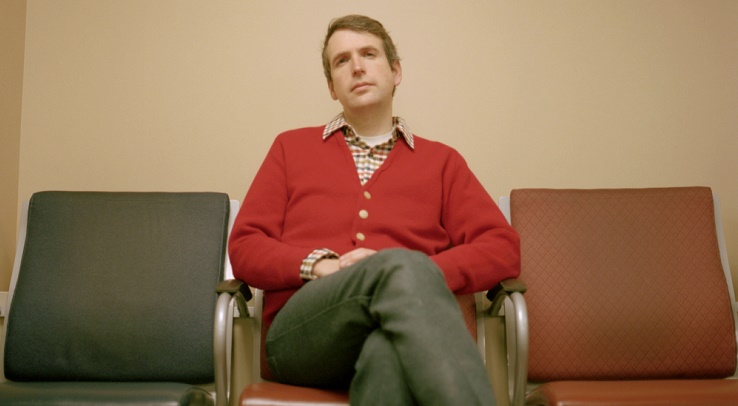 Here are 10 songs celebrating life’s joys: life on the road (Join The Band), natural phenomena (Solar Array), and camping (Triple Letter Score). There are a series of tributes to Jimmie’s friends and inspirations: The Constantines are saluted in Constantine Believer, Attack In Black in Love Letter, and the legendary Eric’s Trip in Song For Julie, Chris, Rick + Mark. Jimmie’s current life as a student at art school also gets due airtime: “I’m losing sleep over Georgia O’Keefe” he sings in Georgia OK. And as the batteries run down on the nostalgic and entirely wonderful Walkman Battery Bleed, you’ll be looking to flip back to the A side and play it all over again.

Field Of Trampolines joins an impressive discography: 5 full length albums since 2007 (including the Polaris Prize nominated Transistor Sister), and split releases with Joel Plaskett, Ladyhawk, and Attack in Black. In 2012, Jimmie appeared on John K. Samson’s Provincial (Epitaph/ANTI) and toured across North America and Europe as Samson’s lead guitarist and opening act. Performing with unstoppable charm, hooks, and positivity, Jimmie continues his never-ending tour this summer.