Skip to content
Home » Music » Shit Robot – We Got A Love

Shit Robot – We Got A Love. In the early ‘90s, Dublin, Ireland native Marcus Lambkin moved to New York, where he ingrained himself in the club scene as a DJ with a number of residencies. It wasn’t until 2006, however, after he had moved to Stuttgart, Germany and aligned with LCD Soundsystem’s James Murphy for a party dubbed Shit Robot that he began producing and remixing under that name — a reference to Murphy’s poor drawing skills. From April 2006 through March 2010, Lambkin released four left-field house singles — mutations of electro, deep house, classic Detroit techno, and old-school rave — on Murphy and Tim Goldsworthy’s DFA label. He also remixed tracks by Dondolo, Kaos, Simian Mobile Disco, Idioma, and the likeminded Juan Maclean. Unsurprisingly, the output raised Lambkin’s profile as a DJ, and he began to gig all over the planet. This all culminated in the first Shit Robot album, From the Cradle to the Rave, which was released on DFA in September 2010. ~ Andy Kellman.

Shit Robot: We Got A Love (ft. Reggie Watts)

Producer Marcus Lambkin, aka Shit Robot, has shared the video for his single “We Got a Love”, out now on DFA. The track features vocals from musical comedian Reggie Watts. In the video, a man with intergalactic space flesh plays basketball, gambles, rides the bus, drinks coffee– you know, normal stuff. 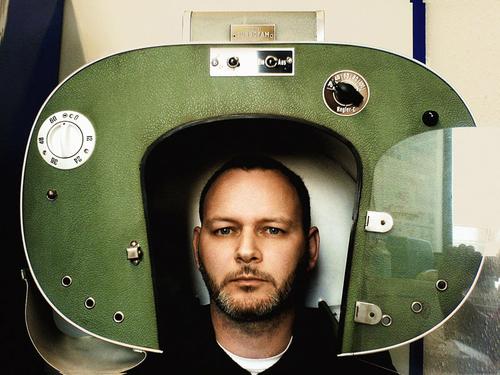