Nobody grows up wanting to be an artist’s artist. Appreciated by the sub sect of the sub sect is like being the beauty queen at the leper colony. Hell, anybody who claims they grew up wanting to even be an artist rather than an astronaut or a Cthulhu is probably lying or was a corny kid. Art is hard and degrading and generally bullshit. Your friends will find you irritating and your parents will certainly not throw you a parade. Shilpa Ray is, through no fault of her own, one of our unsung great artists. Having made her bones with the gothic Sturm und Drang of Beat The Devil and moving forward to the blues erosion of “…and The Happy Hookers” Shilpa Ray has been, armed only with an incomparable voice and harmonium haunted by the ghosts of dead lovers, perpetually crying in the wind, hoisting both middle fingers in the general direction of god. It’s not a life a wise man would choose. Shilpa Ray kicks against the pricks but the pricks keep coming. But, again, what can you do? 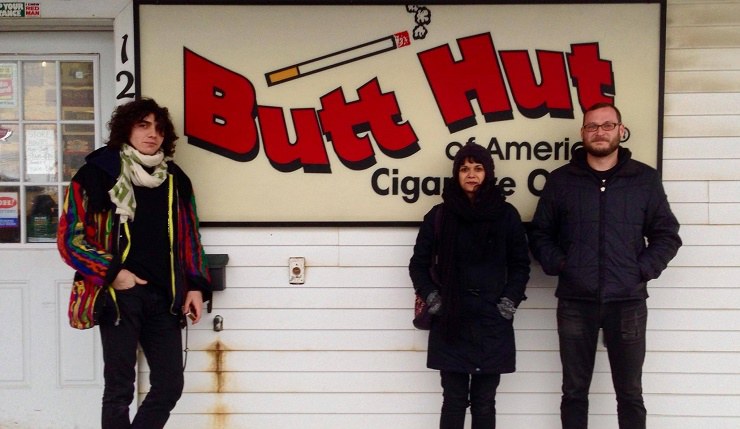 Well, that’s been the narrative until now. With Last Year’s Savage (maybe a nod to Leonard Cohen maybe a nod to Barrence Whitfield) Shilpa Ray has taken the pain and dark funk of earlier sounds and made explicit the sublimity that was always there just below the surface. The conversation has become less a break up with doors ripped from their hinges and more the last pained pillow talk before parting. The obsessions with sex, death, bodily functions, and betrayal (not necessarily in that order) remain but Shilpa has expanded the palate to convey the resignation, the simmering discontent of an artist disenfranchised and held down. This is a quieter rage than the music Shilpa Ray has made before, more plaintive and considered, even if it’s the quiet of a hand gripped tight on the axe handle. The music remains gorgeous and stirring in its directness while Shilpa herself remains, thankfully, entirely and inappropriately threatening.

Shilpa Ray has, up till this, point, yes, been an “artist’s artist.” Just about every musician in New York City, who doesn’t hate her, loves her. Nick Cave sings her praises to all with the ears to listen (he brought her along a European tour as an opener and as a backup singer in the States). Obviously there are some who will always prefer lesser versions of the Shilpa Rays of the world (as if there could be more than one), preferably with blue eyes and On Brand Waifishness, but the truth will, eventually out. Talent this big can only be kept down for so long before the sky cracks and we all drown in the blood of angels. Either way, this is Shilpa Ray’s year.

Shilpa Ray: Nocturnal Emissions Lyrics:
Here comes that ticker tape parade
Bless all my lucky stars
Cause I’ve saved the day
There goes my ego exploding
In mushroom clouds all over
My third world body