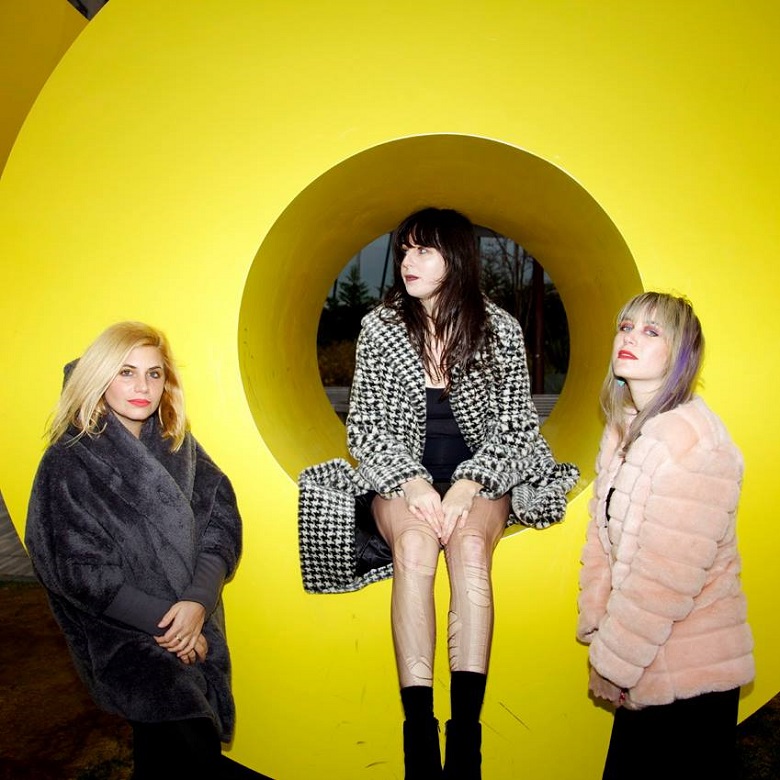 Sharkmuffin is Tarra Thiessen and Natalie Kirch, a duo of Brooklynite sirens bred from the waves of the Jersey shore. Influenced by everyone from Nirvana to The Ronettes, Sharkmuffin adds a unique jagged edge onto ‘60s beach pop meets ‘90s alt sound, a genre lovingly dubbed “opti-mystic glam-grunge.” With several cross-country tours (including many return trips to SXSW) & no shortage of EPs, Sharkmuffin has been creating a veritable whirlpool of musical chaos. Their 2015 debut LP Chartreuse (featuring Patty Schemel of Upset/Hole on drums) is their most vicious lure, featuring 10 tracks that bleed heavily with feminine rage & cheeky sass alike.
In May of 2017, Sharkmuffin released their sophomore LP Tsuki (feat. Kim Deuss on drums & keys), followed by their first international tour to the U.K. In July, they released a split EP cassette with Little Dickman Records label-mates The Off White & toured the U.S. all summer, including a tour down south surrounding the Solar Eclipse and a tour in support of Kool A.D. + Cult Days.
Tarra & Natalie are currently writing & recording their third LP, playing & touring with Jordyn Blakely on drums. Sharkmuffin will be touring the U.K. August 2018 and Europe January 2019.
http://sharkmuffin.com/