Shannon and the Clams is an Oakland-based indie garage punk trio. Known for a vintage sound that incorporates elements of doo-wop, classic R&B, garage psych, and surf, Shannon and the Clams has drawn comparisons to both Buddy Holly and 1960s girl groups. The band includes Shannon Shaw, who sings and plays bass, Cody Blanchard on guitar, and Ian Amberson on drums. The trio met at the California College of the Arts, where they began performing together. Shaw is also a member of queercore punk outfit Hunx and His Punx. Shannon and the Clams debut album, I Wanna Go Home, was released in 2009. In 2011, the group followed up with their sophomore effort, Sleep Talk. Their third album, Dreams in the Rat House, was released in May 2013. Wikipedia®.

Shannon and the Clams – Rat House 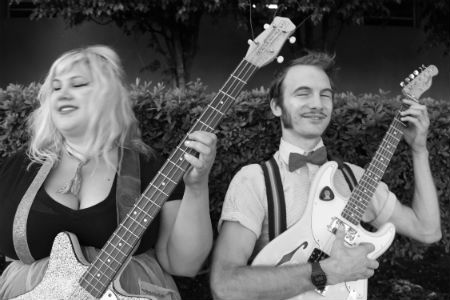