London-based electronic-pop artist Shaefri prepares to drop her debut EP ‘Cracks’, out 7th April 2017 via indie label Off The Record / Believe Digital, and supported by a London live launch on the eve of release. Shaefri’s sound is a unique combination of influences derived from her mixed Irish-Egyptian heritage combined with experiences in the concrete jungle of London. After the standalone successes of the three preceding singles, ‘Pixelate’, ‘Rabbit Hole’ and ‘Monster’, Shaefri has seen an influx of support from DIY, Clash, C-Heads, Hot Press and Hattie Pearson at Radio X to name a few. Her unique brand of haunting vocals and minimalistic beats have already seen her perform at prestigious venues such as The Borderline and Bush Hall, and on 6th April she will mark the release of the debut EP ‘Cracks’ by performing live at The Notting Hill Arts Club, alongside her producers J Harvey Jones and with support from Tay Salem – whose eclectic future-soul sounds have been tipped lately by Noisey, Dummy and The Line of Best Fit. 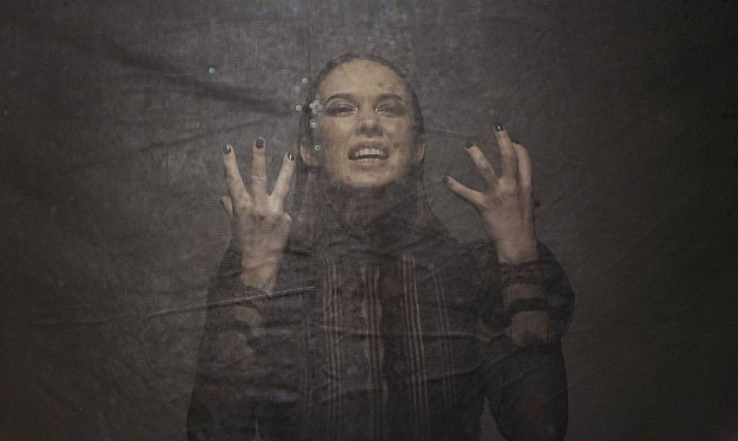 Speaking on the themes that unify the project Shaefri explains “All of the tracks talk about the tension of relationships – they all reveal the cracks within a person – myself, an imperfect lover, a friend, someone to whom I gave too much, or someone who wouldn’t love back. Cracks. We all experience them. But they let you see the light too. And this EP is about embracing the light through the cracks, seeing your way with it more clearly.”

Strength surges through her music with a lesson in each track from Shaefri, the ever dominant and enchanting narrator. Her lead single ‘Pixelate’ explores how one can break free from all of our constraints of dysfunctional relationship, where as ‘Rabbit Hole’ deals with the agony of yearning for love. ‘Monster’ is a song about resisting your weaknesses, focusing on the struggle of the internal self and fighting your demons. Other subject matters elegantly broached by Shaefri on the EP include the feeling of giving it your all and realising that is not enough, and learning to accept you can’t always save your friends from their weaknesses. At every turn this is music that is unapologetic, affronting, and ultimately affirmative in its approach to understanding and dealing with complex human relationships.

Shaefri’s stunning vocals, atmospheric electronics and insightful storytelling throughout the debut EP cements her as a force to be reckoned with in 2017. Be sure not to miss the ‘Cracks’ after it’s revealed at her prestigious West London showcase.