Shaban Trainer. Based on Persian mythology, the story begins with Shaban living happily alongside his sheep and goat. Then one rainy night, four thieves invade his property and steal his sheep. Shaban and his goat set off after them, but can they rescue the sheep in time? Meet Shaban, a shepherd living happily alongside his sheep and goats. One rainy night, thieves invaded his property and stole all his sheep. Set off on this adventure as Shaban seeks to find his lost sheep. Enjoy this entertaining story told in a comic strip style. Solve a variety of logical and environmental puzzles as you progress through the game. Will you be able to help Shaban rescue his sheep in time? The story of Shaban takes place in what can be imagined as any foreign make-believe land and is introduced in a progression of comic book styled panels. They tell the story of an idyllic world in which Shaban is pictured at home, interacting lovingly with his flock of sheep. All is well until a storm rages in the evening, when an evil shadow shrouded band of hoodlums breaks into Shaban’s home and steals his beloved pets from their corral. Here is where you take over as the titular character (though you also assume the role of the a sheep later in the game). Solving the first puzzle that confronts you reveals the hiding place of a lone frightened sheep, who becomes your constant travel companion for the duration of the adventure. 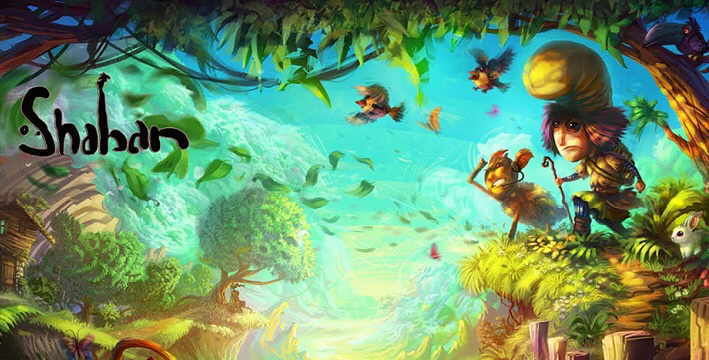 Shaban Trainer (+1) Options:
Trainer for the game Shaban, you can use it to activate these essential Cheat Codes: Super Speed. Note: This cheat tool is for the original version v1.0 of the game Shaban.