Senran Kagura Shinovi Versus is the third video game in the Senran Kagura series, and is the sequel to Senran Kagura Burst. The game revolves around three female ninja groups from dueling shinobi schools. The game was released in Japan for the PlayStation Vita on February 28, 2013, in North America on October 14, 2014, and in Europe on October 15, 2014. A version for Microsoft Windows will release June 1st 2016. Shinovi Versus followed on the story in Senran Kagura Burst, revisiting the conflict between the ninjas of Hanzō National Academy and the rival Hebijo Clandestine Girls’ Academy, while also introducing a third faction, the Gessen Girls’ Academy. In the game’s story, each ninja school participates in a competition, called the Shinobi Battle Royale, with another school, during which competition one school’s team invades another. The attackers must defeat all their enemies, and if they do so they earn the right to burn the attacked school to the ground. During arcade mode, the game reveals to the player the story of the particular ninja character with which they play. The sequel allowed the player to experience the game’s story through four different perspectives. The stage is set for a shinobi battle royale. Heroines and renegades battle saints and sinners in a flurry of fists, feet, clothes, tattered remnants of those clothes, and sometimes underclothes. Each school has a story to tell, full of tragedy, heroism, pathos and partial nudity. Choose a school, prepare for battle, and follow the Path of the Shinobi. Wikipedia® 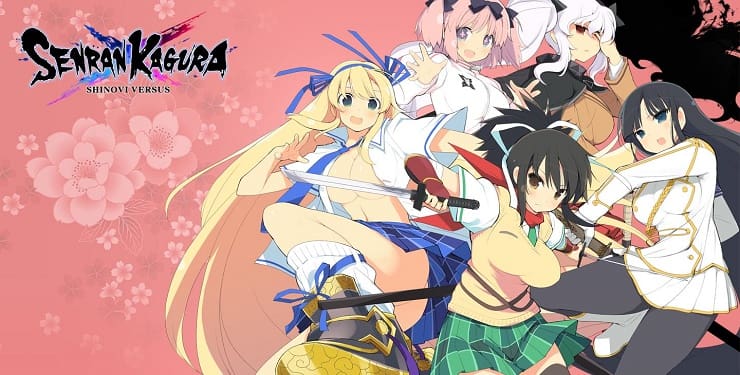