Secrets of Grindea is an old-school RPG with co-op support for up to 4 players. It is a tribute to and sometimes a parody of the old SNES games so many of us grew up with and loved! “In the world of Grindea everything is determined by one thing–how big your collection of stuff is. You take on the role as a young hero (or heroine) taking his or her first steps to become a famed Collector and help collect the most valuable rares in the entire kingdom. But is everything really as it seems? The hunt for rares soon turns into something bigger, a scenario where family, friendship and possibly the fate of the world rests in your hands.“ 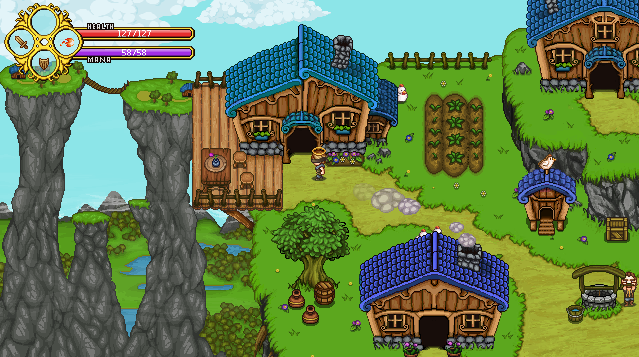 Secrets of Grindea Trainer (+5) Options:
Trainer for the RPG game Secrets of Grindea, you can use it to activate these essential Cheat Codes: Shortcuts F1 playing a strange (experienced) up a level (some high level monsters have no experience of), please open the game after each hit a strange item to open the modified. Shortcut F2 unlimited energy, unlimited cast skills, make first use of the term can be opened at any time to modify skill after opening the game after each. One hit kill F3 shortcut key, open the game after each hit any monster about to open the item to modify. The shortcut key F4 unlimited skill points, before turning on the need for any skills plus points once, add a little skill again later on, the skill points becomes 99. Shortcut keys F5 unlimited money, before turning on the need to purchase any item once, after opening buy something again, who’s money becomes 99999. Note: This cheat tool is for the original version of the game Secrets of Grindea.