While many artists spend a lifetime chasing “international status,” 25-year-old classically trained singer-songwriter-musician Sebastian Mikael is already starting his career where others can only hope to finish. Born in Sweden to a Swedish father and Ethiopian mother, Sebastian Mikael—formerly known as De-Lor (which is French for “of gold”)—was raised in a diverse household that was enriched by music. While no one in his family ever made music professionally, Sebastian Mikael inherited his passion for music from his father and the sounds he grew up listening to inspired him to find out what was going on behind the music. What started off as a childhood hobby soon snowballed into an adolescent obsession that led to him picking up the guitar and mimicking the sounds he heard on the radio. “I became interested in knowing exactly what the musicians were doing and how they got their sounds,” says Sebastian Mikael, who started off playing his favorite songs by Marvin Gaye, Guns N’ Roses, Wyclef Jean, Akon and Usher. Before long, Sebastian Mikael’s newfound passion led him to clocking long hours at Swedish recording studios, singing hooks for rappers and teaming up with a local producer to form a production team. But while the duo’s initial recordings generated a lot of buzz online, Sebastian Mikael was eager to strike out on his own. “I saw the initial potential of the work we were doing,” he says, “but I wasn’t getting a shot at doing my own songs. Plus, they are not as open-minded about music in Sweden as they are in the U.S.” Feeling a glass ceiling approaching in Sweden, Sebastian Mikael set his sights on America and enrolled at California’s Musicians Institute to study audio engineering in 2008. After living in California for two years, he relocated to Boston in 2010 to continue studying at Berklee College of Music. In late 2011, while a student at Berklee, Sebastian Mikael released his first mixtape, J’Adore, which received rave reviews from his steadily growing fan base. His breakthrough video single, “Beautiful Life,” where he sings an inspiring message about appreciating life, captures the essence of Sebastian Mikael’s music as a whole. “My lyrical content is not always about love, but what we go through and feel in life,” he says. “I like to put hope in my music. Stuff that makes you feel good musically and lyrically.” 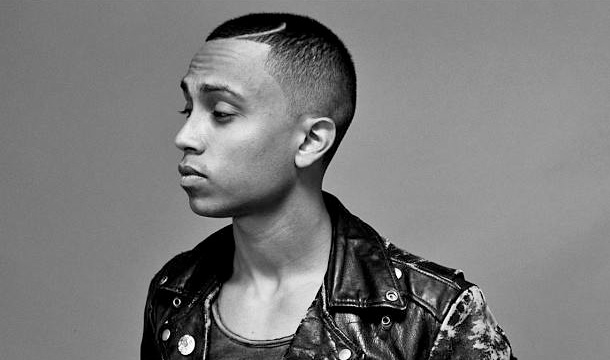