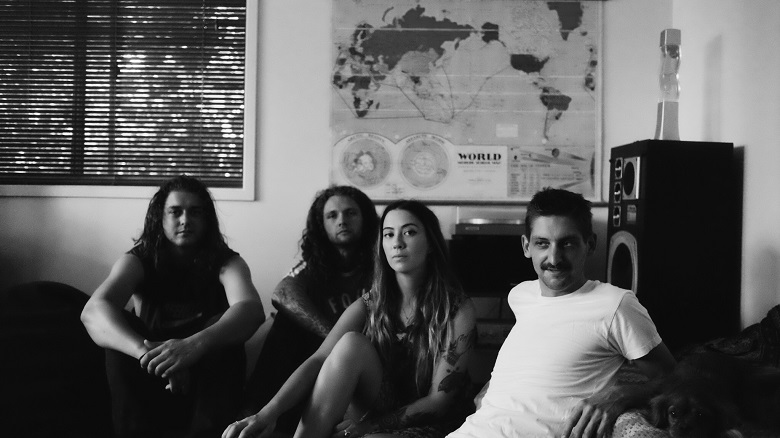 Biography
Emerging from the sparkling waters of beautiful Byron Bay, Seaside are a four-piece indie band with a sultry dream-pop sound. The bands hypnotising live show has captivated audiences all over the country and seen them share the stage with the likes of Killing Heidi, The Jungle Giants, Alex Lahey, The Belligerents.

Seaside first hit the studio with the recording of their debut E.P, “Wavy Baby”, produced by Mitta Norath and released in early 2017. It featured the singles “Down To The Water” and “Sucked In To You”, both garnering airplay on national radio station Triple J.

Their second E.P “Lover, We All Have Our Vices” (released early 2018) was recorded by Jordan Power of Inky Studios (Angus and Julia Stone, The Temper Trap, Xavier Rudd) and includes the single “Drifting”, a “gentle journey that maintains integrity with a soft rather saccharine vocal melody” (iohyou.com). The release of the single was accompanied by a Mighty Boosh-inspired clip filmed and directed by Nick Pollett, shot on the beautiful back beaches of Byron Bay.

The second single from “Lover We All Have Our Vices”, “Lilac Grey”, was produced by Jordan Power (Inky Studios) and showcases Seaside’s washed, dream-pop sound, alongside the intricate melodies of front woman Darcy Dexter. The accompanying film-clip was filmed and directed by Robert Sherwood (Sherwood Studios) in the Byron hinterland.